KIRK HAMMETT: 'I Have A Ton Of Material' For METALLICA's Next Album
{$inline_image}
METALLICA guitarist Kirk Hammett has told Australia’s Mixdown magazine in a new interview that the band’s “WorldWired” tour is scheduled to last until November 2019, after which it could be time to hop back into the studio.

Fans had to wait five years for 2008’s “Death Magnetic” and eight years for 2016’s “Hardwired… To Self-Destruct”, but the guitarist says the next disc might not take as long to complete.

“When I was 13-14 years old, bands put out albums every year,” Hammett said. “Seriously, KISS put out an album every eight months. None of this eight years between albums.

“None of us are very comfortable with the fact it’s been so long, because that is a long time,” he continued. “We’re hoping to avoid that this time around.

“We’re in our third year since ‘Hardwired’. Maybe we can get a bit more focus and go into the studio a bit sooner. I have a ton of material. I’ve over-compensated, so I’m ready to go anytime.”

METALLICA bassist Robert Trujillo also recently said the band’s next studio album would arrive “a lot sooner than the previous two did.” He added: “This time around, I think we’ll be able to jump on it a lot quicker and jump in the studio and start working. We’ve all vowed to get this one going sooner than later. Now, how soon? I don’t know. We’ve been touring non-stop. It’s been over two years now. At some point, sure, we’ll need to take a little bit of a break. It’s sort of the right thing for us to do because we’ve been going so hard.”

According to Billboard, “Hardwired… To Self-Destruct” was METALLICA‘s 12th album to sell at least a million copies since Nielsen Music began tracking sales in 1991. 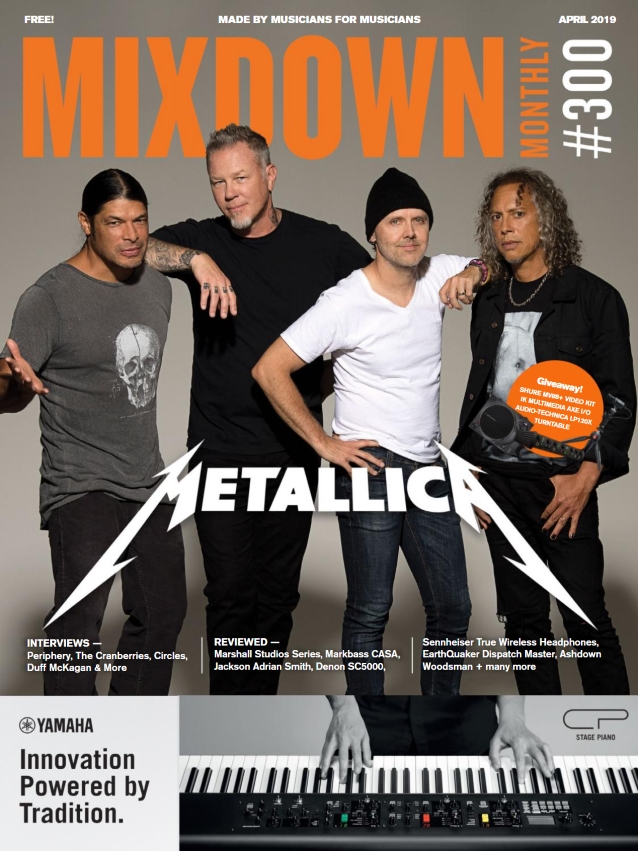 KIRK HAMMETT: 'I Have A Ton Of Material' For METALLICA's Next Album
Tagged on: HRRL
tom lats April 14, 2019 Rock News No Comments