You can now listen to “Life’s A Bitch” below.

Guitarist Wolf Hoffmann comments: “We love the title of the single… Who does not agree to that ‘life’s a bitch’? It is universal, even if the stories are different. Everybody knows what that means!”

The new ACCEPT single comes just days after the band announced the addition of Martin Motnik on bass and Ava-Rebekah Rahman on violin as the group prepares to launch the “Symphonic Terror” tour on April 20 in Wuppertal, Germany.

Born in Ludwigshafen, Germany, Motnik has been playing music since he was seven years old and has been a member of several bands, both in Germany and the United States. He was asked by Uli Jon Roth to join him for his 2008 U.S. tour and again in 2009 and 2012. In addition to his musical talent, Motnik also has a Master’s Degree in business from the University of Mannheim.

“We were overwhelmed and honored by the musicians who auditioned for the open position,” said Hoffmann. “The level of talent we saw was unprecedented, and we believe Martin Motnik is a perfect fit as he’ll be joining us for the ‘Symphonic Terror’ tour and upcoming ACCEPT shows.”

ACCEPT performed with a stand-in bass player, Danny Silvestri, aboard this year’s 70000 Tons Of Metal cruise, which ran from January 31 to February 4.

ACCEPT recently released a live set, “Symphonic Terror – Live At Wacken 2017”, via Nuclear Blast. It features a unique ACCEPT show, shot on August 3, 2017 at the legendary Wacken Open Air festival, where the band played the biggest and most extraordinary show of its career in front of 80,000, on top of thousands more fans watching via a live stream. 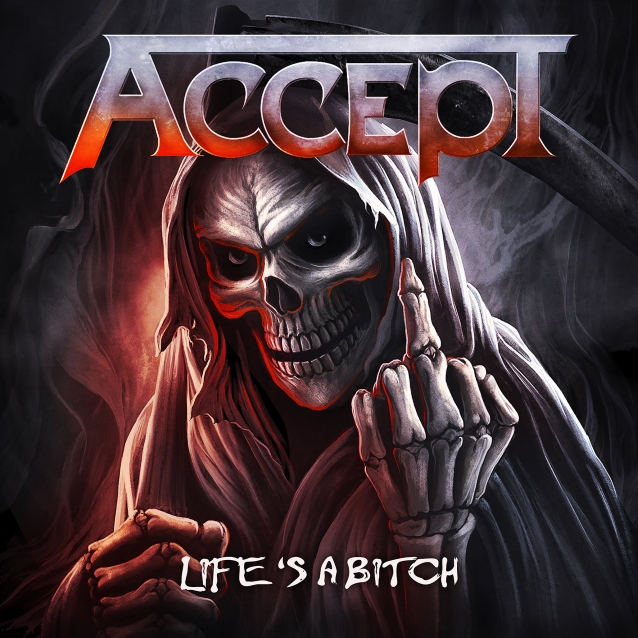