Veteran San Francisco Bay Area metallers SKINLAB will embark on a West Coast tour in August. Support on the 12-date trek will come from Canadian metal upstarts ARRIVAL OF AUTUMN. The tour will kick off on August 18 in Reno, Nevada and make stops in Los Angeles, Seattle, and Denver before the final performance on August 31 in Sacramento, California.

Confirmed dates for the “Slaying The West” tour are:

SKINLAB bassist/vocalist Steev Esquivel said: “Fabian, who is no stranger to SKINLAB, has been friends with the band for many years. Fabian came in strong and started recording demos and immediately became the obvious choice that he was our guy.

“10 brand new tracks of brutality are in the works and we couldn’t be happier with the results!

“We’re on a new mission to get back on the radar and more importantly back on the stage to do what we love doing.

“These are exciting times for SKINLAB. We’ve got our nose to the grind. Expect a new heavy and see you on the road this summer.”

SKINLAB‘s new album will be released later in the year via Art Is War Records.

Last year, SKINLAB announced the return of guitarist Steve Green, best known to fans as Snake. Snake remains a member of THE DEVIL IN CALIFORNIA, with whom he’s been performing since 2015.

SKINLAB has had different lineups throughout its history, with Esquivel as the only mainstay.

ARRIVAL OF AUTUMN will be touring in support of its second full-length album and Nuclear Blast debut, “Harbinger”.

“Harbinger” was produced and mixed by Jason Suecof (DEVILDRIVER, THE BLACK DAHLIA MURDER, ALL THAT REMAINS, TRIVIUM) and mastered by Alan Douches (DARKEST HOUR, EVERY TIME I DIE, SUICIDE SILENCE). 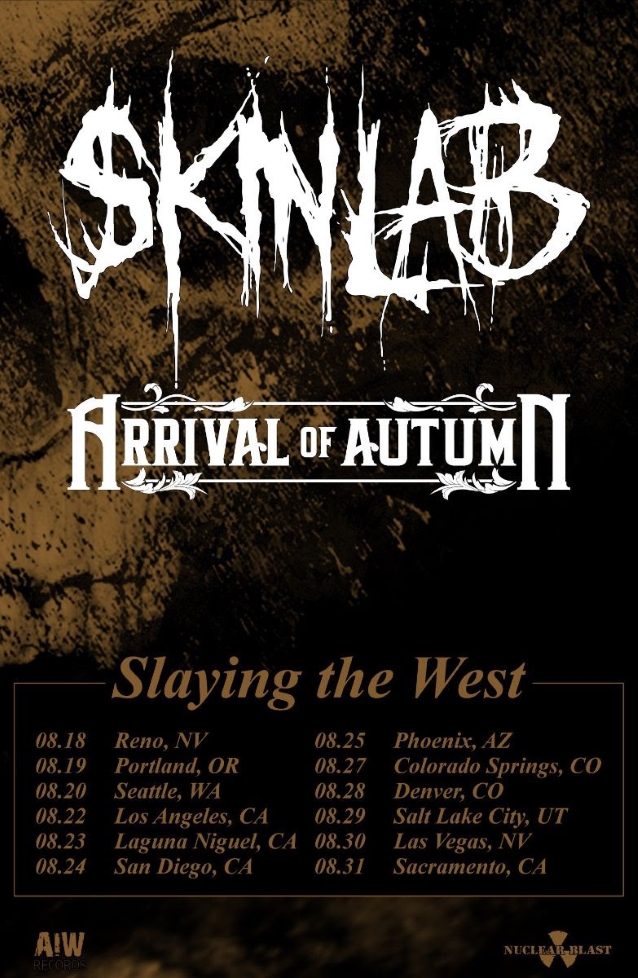