THY ART IS MURDER To Release 'Human Target' Album In July; Watch Video For Title Track

Australian deathcore masters THY ART IS MURDER will release their fifth album, “Human Target”, on July 26 via Nuclear Blast and Human Warfare (Australia and New Zealand). The disc was produced, engineered, mixed and mastered by Will Putney at Graphic Nature Audio in Belleville, New Jersey. The artwork was once again painted by Eliran Kantor (HATEBREED, TESTAMENT, ICED EARTH, SODOM).

The official music video for the “Human Target” title track can be seen below.

THY ART IS MURDER‘s North American tour with ARCHITECTS and WHILE SHE SLEEPS will kick off on April 26 in Anaheim, California and end on May 25 in Chicago, Illinois.

“We all listen to so many different styles of music,” he said. “That’s what makes us unique; that we’re so in touch with music as a whole.

“We’re just writing music that we want to play and hear,” he explained. “If people aren’t going to give us a chance because they’ve heard someone call us a deathcore band, I really don’t give a fuck. It is mindblowing that people will put shit on you without listening to your band just because of a genre’s name. It’s just a strange thing, man. I really don’t get it.” 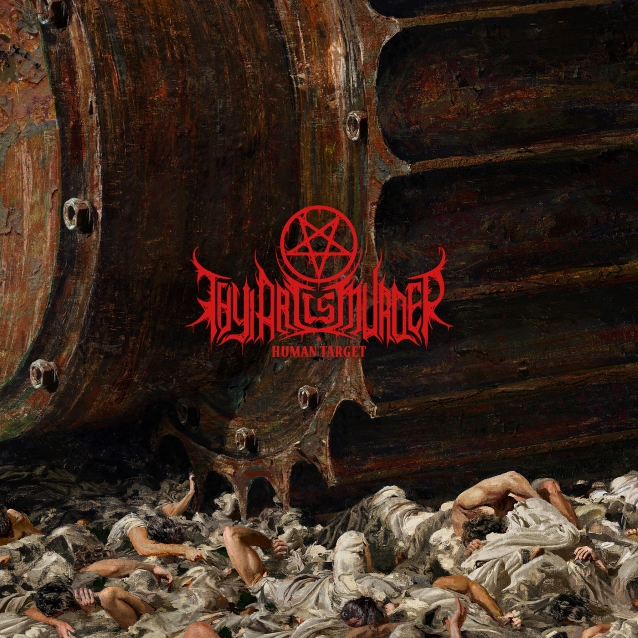