Fan-filmed video footage of Corey‘s performance — including renditions of classic songs by VAN HALEN, GUNS N’ ROSES and DEAD BOYS — can be seen below.

Tickets to the Green Bay show reportedly sold out in less than an hour when they went on sale in February.

Taylor spoke a while back about what he thought a solo album from him might sound like. “For me, the stuff that I write is, it would be like a cross between the [FOO FIGHTERS], SOCIAL [DISTORTION] and THE REPLACEMENTS, you know,” he told The Pulse Of Radio. “I mean, real Midwestern rock. Real, just open chords, good time rock, you know. And damn the critics, basically. That’s the stuff I write and that’s the stuff I’ve always tried to write.”

What a night! Green Bay, you rocked! 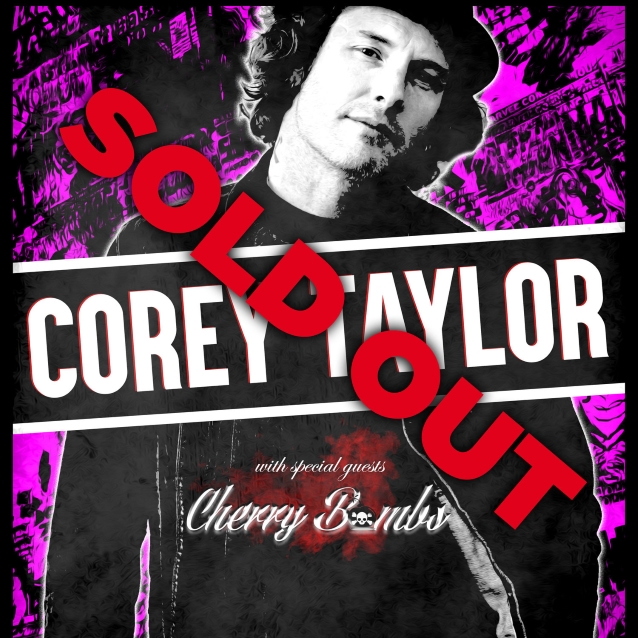