CLUTCH Guitarist On 'Weathermaker Vault Series': 'We Decided To Do Something We've Never Done Before'

Maryland rockers CLUTCH will release a collection of newly recorded songs, “Weathermaker Vault Series”, this summer. The effort will include the band’s cover of the Willie Dixon 1950s classic “Evil” (later recorded by CACTUS), which was made available earlier this week.

Earlier today (Friday, June 14), CLUTCH guitarist Tim Sult spoke to the “Mike James Rock Show” about how the idea for “Weathermaker Vault Series” came about. He said (see video below): “We decided to do something we’ve never done before, and that was go in the studio and record several cover songs. And we actually re-recorded a couple of our old songs as well. I think we’re gonna release all those songs eventually. ‘Evil’ was the first one of those, and that is a cover — it’s a cover of a cover, basically. It’s an old blues song that was done by a ’70s band called CACTUS, which features Carmine Appice on drums, the brother of Vinny Appice. And, yeah, I think we have plans to maybe even do a couple of more cover songs and re-record a couple of old CLUTCH songs that we were never fully happy with, and just see how that goes.”

According to Sult, CLUTCH has already begun compiling ideas for the follow-up to the “Book Of Bad Decisions” album, which was released last September. “We can’t help it,” he said. “It always ends up happening.

“I think learning a bunch of cover songs and then trying to rework some of our old songs has definitely put a whole different angle on the next songwriting process,” he added.

But Tim said that CLUTCH does not have any fully finished new songs ready for the band’s next album. “At this point, I think we got together one or two times and threw out some new ideas, but we’re still super early in the songwriting process — for new stuff,” he explained.

“Book Of Bad Decisions” sold 26,000 copies in America during its first week of availability, giving the group its third consecutive Top 20 album on the Billboard 200. The disc was recorded was completed at Sputnik Sound studio in Nashville, Tennessee with producer Vance Powell. The album cover was designed by renowned photographer Dan Winters. 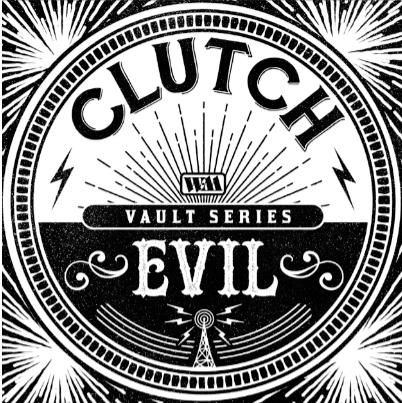 CLUTCH Guitarist On 'Weathermaker Vault Series': 'We Decided To Do Something We've Never Done Before'
Tagged on: HRRL
tom lats June 14, 2019June 14, 2019 Rock News No Comments