Three tracks from the score of the Rob Zombie‘s new film, “3 From Hell”, can be streamed below. The songs, which were written and performed by longtime Zombie collaborator, producer Chris “Zeuss” Harris, were released by Waxworks, which is planning to issue the soundtracks to Rob‘s Firefly family trilogy on vinyl. Also appearing on the “3 From Hell” soundtrack are songs by IRON BUTTERFLY, Suzi Quatro, Terry Reid, and more.

The complete soundtrack and score to “3 From Hell” will be housed in deluxe packaging, pressed to 2xLP 180-gram “Black Satans” red-and-black-smoke-colored vinyl and “Welcome To Mexico” purple with red-and-black-smoke colored vinyl, an exclusive essay by Rob Zombie, a 12-page 12″x12″ booklet featuring behind-the-scenes photos, and new art by Robert Sammelin.

The score for “3 From Hell”, along with the soundtracks for “House Of 1000 Corpses” and “The Devil’s Rejects”, are all up for pre-order, shipping in August.

On Monday, Rob shared the first teaser trailer for “3 From Hell”. The teaser actually uses a lot of footage from “House Of 1,000 Corpses” and “The Devil’s Rejects”, both of which featured this film’s trio of main characters, the Firefly clan.

“3 From Hell” will bring back Sid Haig, Sheri Moon Zombie and Bill Moseley as the psychopathic Firefly family. It’s not clear whether Zombie plans to resurrect the trio from the dead in some kind of supernatural fashion in the new film or has found a way to explain how they survived the climactic shootout at the end of “The Devil’s Rejects”.

Like all of Zombie‘s movies to date, “3 From Hell” has been rated “R” by the Motion Picture Association of America (MPAA) for “strong sadistic violence, language throughout, sexual content, graphic nudity and drug use.”

Zombie told The Pulse Of Radio a while back that he had to keep making cuts to “The Devil’s Rejects” and submitted to the MPAA eight times before they gave it an “R” rating. “There was a couple of scenes in particular they just could not get over,” he said. “And, you know, I would talk to them and I’d go, ‘Well, what can I cut?’ There’s no nudity, there’s no bad language, there’s no violence, there’s no nothing.’ They’re like, ‘Yeah, but the tone is too intense.’ That literally is like someone watching a comedy and telling you it’s too funny, make it less funny.”

“3 From Hell” is expected out early this fall, although a confirmed release date has yet to be announced. Zombie will also have a new LP out later this year, his first since 2016. 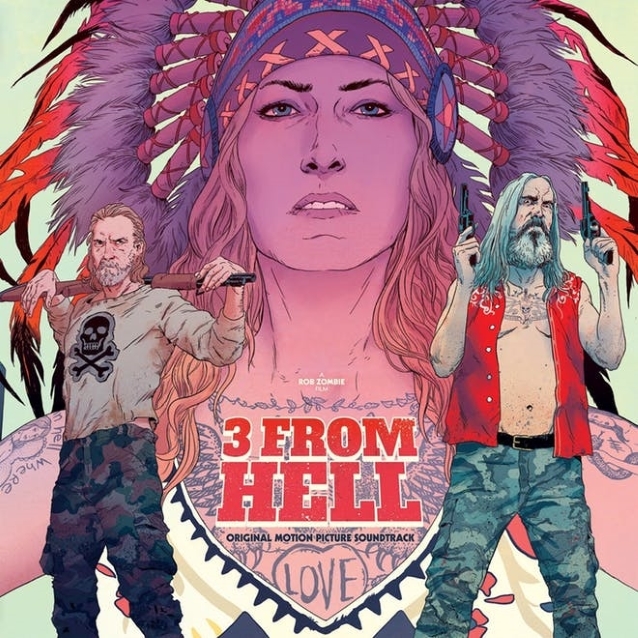