Fan-filmed video footage of KINGS OF CHAOS performing the SKID ROW classic “18 And Life”, with Bach on vocals, can be seen below.

Originally formed in 2012 as ROCK ‘N’ ROLL ALL STARS, KINGS OF CHAOS features a core lineup of members as well as a rotating cast of guest musicians.

During an appearance on the “2 Hours With Matt Pinfield” podcast, drummer Matt Sorum (GUNS N’ ROSES, THE CULT, VELVET REVOLVER), who founded KINGS OF CHAOS, talked about the project’s formation. He said: “The music business is more difficult to navigate than ever, especially for a guy that’s been around a while,” he said. “I’ve had an illustrious career, but it’s always been, like, super-high, super-low, like riding the wildest roller coaster ever known to man. [Laughs] Emotionally, it’s been challenging. When VELVET REVOLVER broke up, for me, it was like, ‘Oh my god, I can’t believe I pulled off another band.’ So it kind of knocked the wind out of me, and I didn’t really want to jump back into doing another band or project right away.

“When I started doing KINGS OF CHAOS, it became strictly about fun,” he continued. “I decided, ‘I’m going to pull a bucket list, [and] I’m going to call guys that I never had the balls to call, and have no fear. There’s one or two answers that you can get — yes or no. And you’ve got to be able to accept no. Don’t take it personal. I called Keith Richards. I called Jimmy Page. I called [Robert] Plant. I didn’t care. I was just, like, finding them and calling them. And some of them said yes — not Robert Plant, dammit [laughs] — but Steven Tyler, Robin Zander, Billy Gibbons, Joe Elliott, Slash, the DeLeo brothers. I go and play with my friends, and it’s a blast.” 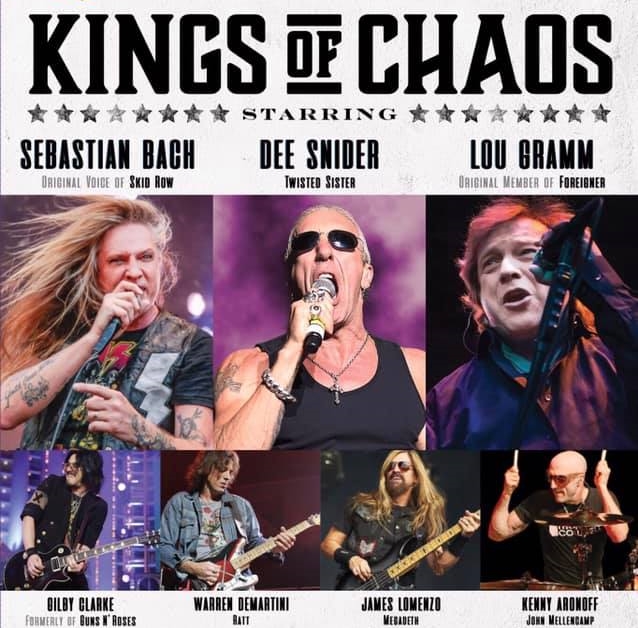