Californian metallers ARMORED SAINT played “Underdogs”, the closing track of their 1987 album, “Raising Fear”, live for the first time in 32 years on Friday, July 12 at the Luppolo In Rock festival in Cremona, Italy. Fan-filmed video footage of the performance can be seen below (courtesy of Loud And Proud Italy).

ARMORED SAINT is continuing work on the material for the follow-up to 2015’s “Win Hands Down” album.

Last fall, singer John Bush told the 96.7 KCAL-FM radio show “Wired In The Empire” that the band had “some songs” already written for the upcoming disc. “We don’t want to wait too long before we put out a record, but on the same token, we thought ‘Win Hands Down’ is an amazing record and we’re going to be hard-press to surpass it,” he said. “ARMORED SAINT, it’s kind of the way our career has gone. The way I see it, it’s all about the quality, not the quantity, and I say that because I have to say that. It’s true. I’d rather have 25, 30 years when we’re all dead and gone and people look back on us and go, ‘That was a cool band and they made some really cool records.’ It’s not like ‘They made 20 records and maybe five of them were good and there’s 15 bombs.’ I don’t want people to feel that way about ARMORED SAINT. I say that because we kind of have to do that because it’s what our career has turned into. It would be cool to get out a record in less than five years. We went from ‘Revelations’ in 2000, to ‘La Raza’ in 2010. Granted, I was in ANTHRAX during that time. ‘Win Hands Down’ we cut in half and put it out in five. I think it’s possible we can get a record out [in 2019]. The tunes so far sound killer.”

“Win Hands Down” was released in June 2015 via Metal Blade Records. 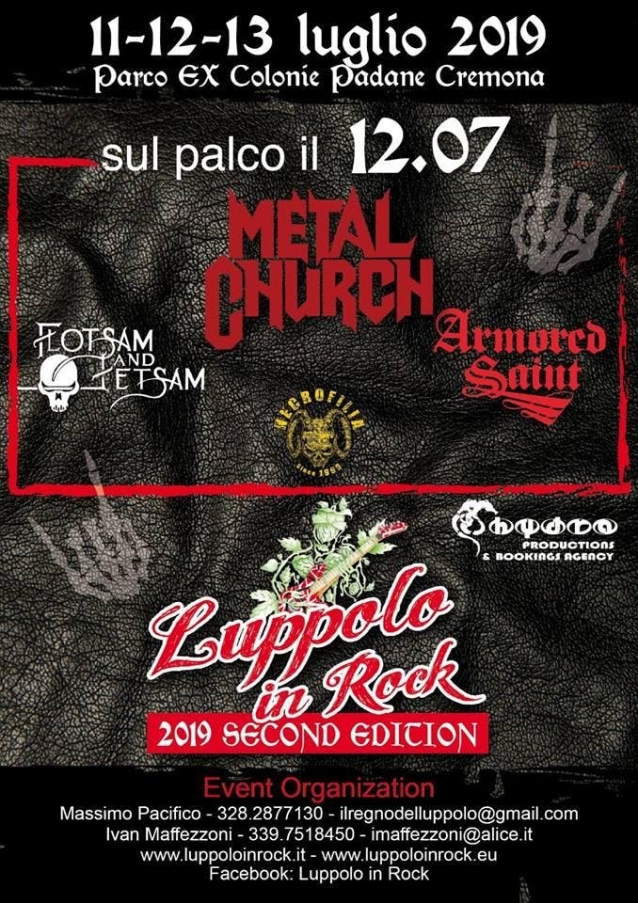