KREATOR Replaces MEGADETH At SANTIAGO GETS LOUDER Festival
{$inline_image}
KREATOR has replaced MEGADETH on the billing of the Santiago Gets Louder festival, which is scheduled to take place on October 6 in Santiago, Chile. Joining them at the event will be headliners SLAYER, along with ANTHRAX and Chilean extreme metal pioneers PENTAGRAM.

The concert at Estadio Bicentenario de La Florida is being billed as SLAYER‘s final performance in frontman Tom Araya‘s native country of Chile.

Says KREATOR: “We have been raring to announce that we WILL return this October to perform at Santiago Gets Louder, Chile.

“Join us, ANTHRAX and PENTAGRAM (Chile) as we bid farewell to the titans of thrash metal — SLAYER, in what will be an evening of unmeasurable anarchy.”

Most of MEGADETH‘s previously announced 2019 tour dates have been canceled as guitarist/vocalist Dave Mustaine undergoes treatment for his recently diagnosed throat cancer.

KREATOR is taking most of 2019 off from touring to focus on writing the material for the follow-up to 2017’s “Gods Of Violence” album.

“Gods Of Violence” entered the official chart in Germany at position No. 1. 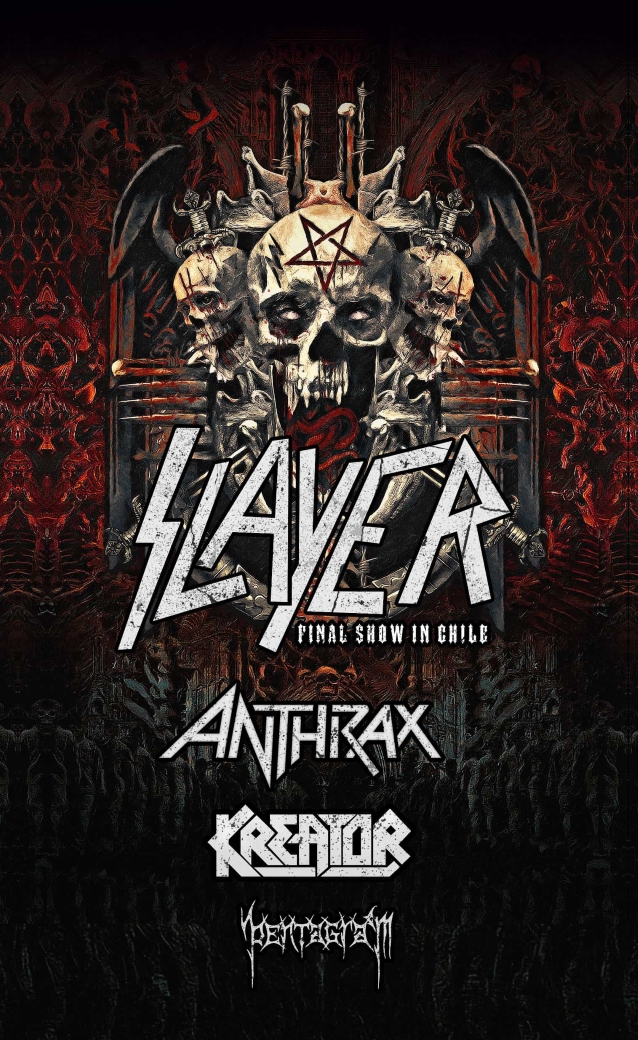