ABIGAIL WILLIAMS To Release 'Walk Beyond The Dark' Album In November

The black sheep of the black metal scene ABIGAIL WILLIAMS returns with its boldest and most diverse offering to date, “Walk Beyond The Dark”, available November 15 via Blood Music.

The band recently revealed the first single from the album, “I Will Depart”, whetting fans’ appetites for ABIGAIL WILLIAMS‘s fifth album. Watch the lyric video below.

“It’s been four years since the last album,” says ABIGAIL WILLIAMS leader Ken Sorceron. “That seems like quite a long time. Life, death, countless other musical endeavors, and all sorts of distractions kept getting in the way, delaying its completion again and again. Over that time, I wrote over 20 songs that I was actually pretty happy with. When it finally came time to record, I narrowed it down to the seven that appear here, as they seemed to fit the best together and make the statement I wanted to make here and now.”

Equal parts introspection and extremity, “Walk Beyond The Dark” is a testament to the band’s journey across the years — all the miles they’ve travelled, all the trials endured, all the mud thrown at them, all to keep doing what they love, on their own terms and without compromise.

Throughout all of these storms and tribulations remains band leader and songwriter, vocalist and mastermind Ken Sorceron. In so many ways, Sorceron himself is ABIGAIL WILLIAMS, its heart, mind and spirit. Deftly wielding the forces of light and dark in skilled measure. Icy guitars and bleak atmospheres encircle. Rapturous bursts of string accompaniments penetrate the melancholic futility of shadow and despair. Powerful guitars shift between slithering rhythms, contemplative grooves and all-out assaults.

Songs like visceral opener “I Will Depart” and the torrential “Into The Sleep” take aspects and elements from each of the band’s previous iterations — the gleaming metallic riff-work of “In The Shadow Of A Thousand Suns”, the seething rage of “In The Absence Of Light”, the grim grandeur of “Becoming”, the moody melodic menace of “The Accuser” — and weave them together into something that’s far more than the mere sum of its parts.

Says Sorceron: “Mike Heller and Bryan O’Sullivan killed it. I couldn’t have asked for better people to play on this album, and they really took things and brought them to life. Chris Brown added the extra flourishes on top, with the string parts that really accented the haunting nature of it all and contrasted with the extreme stuff perfectly. Then all of that got put into Lasse Lammert‘s hands and he mixed and mastered it all into perfection. It’s been a long road, but it turned out better than I imagined and I’m stoked to finally get these songs out there.”

“Walk Beyond The Dark” track listing:

The CD version of “Walk Beyond The Dark” will come as a six-panel, fold-out digipack, featuring the haunting otherworldly artwork of Mariusz Lewandowski. For the vinyl version, a heavyweight 180-gram double LP, mastered specifically for vinyl and cut at 45rpm for maximum audio fidelity, will come inside a 350gsm heavyweight board single-pocket jacket, sleeved in poly-lined black inner sleeves. The vinyl edition will be available December 13. Pre-orders for both versions are available via the Blood Music site. 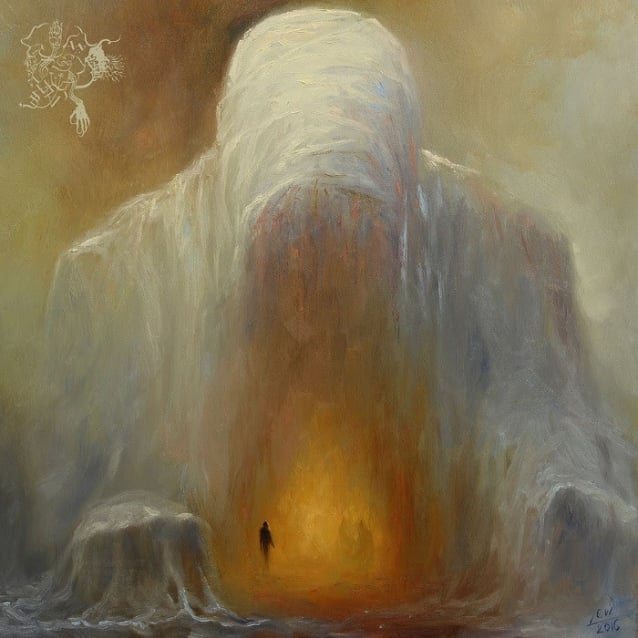