DIRTY SHIRLEY‘s self-titled debut album will be released on January 24, 2020. The disc’s first single, “Here Comes The King”, can be streamed below.

Croatian singer Dino Jelusick, over the course of just one album and one covers EP released with his band ANIMAL DRIVE, has started to make quite the name for himself in the hard rock and metal scene. More than a few musicians of note have called up Dino to see if he might be interested in collaborating, which he is floored by. This talented young singer has an appreciation and deep respect for the musical heroes who preceded and profoundly influenced him. So, when George Lynch opened the doors to the idea of writing and producing a record together, Dino was more than intrigued. Frontiers, known for releasing interesting collaborations of this nature, was more than happy to be the label home for this project.

The resulting album and band, DIRTY SHIRLEY — named after one of the first songs they wrote together — covers a wide spectrum of styles. Classic metal to more “traditional” LYNCH MOB-oriented sounds and even some hints of the first BADLANDS album are in the mix. Showcasing a stunning performance from George Lynch — a seemingly bottomless pit of inspired and creative guitar playing — and an absolutely over the top lead vocal performance from Dino, DIRTY SHIRLEY is going to be an easy “must listen” for the hard rock and metal crowd. EVANESCENCE drummer Will Hunt rounds out the lineup.

Dino says: “This record was done differently from everything else I did so far. George jammed and sent me rough versions and I tried a thousand melodies and lyrics on it. It turned out fantastic and very versatile. From R&B and rock ballads to some very heavy tunes, bluesy stuff, hard rock, rock ‘n’ roll, grungy vibes… everything. Will was the perfect drummer for this, loud and groovy. I recorded vocals while being on tour with TSO in the bus, every evening when we had a day off. And finished it in Croatia. You gotta listen to the whole album to get the impression of it, not only singles. But the first single will surely kick your ass, so better be prepared!”

George adds: “At its core, this record is built on classic guitar riffage and grooves, but is also infused with eclectic tendencies scattered about that are unexpected and challenging. 80% of the guitar work on this record is rhythms, so I wanted to create a three-dimensional sonic tapestry that complimented the more basic riffs and chords. I tried to add a little twist to everything.” He continues: “It was funny because when the label approached me about pairing up with Dino, for some reason I got the impression he was an Italian pop singer. LOL. So I wrote some songs in that vein, haha. ; ) Then when I heard what he was actually all about, I had to duck back into the laboratory and reinvent the wheel. If Ronnie James Dio and young Coverdale had a baby boy, his name would be Dino.”

The band is currently exploring live show opportunities for 2020, so stay tuned for more news on DIRTY SHIRLEY. 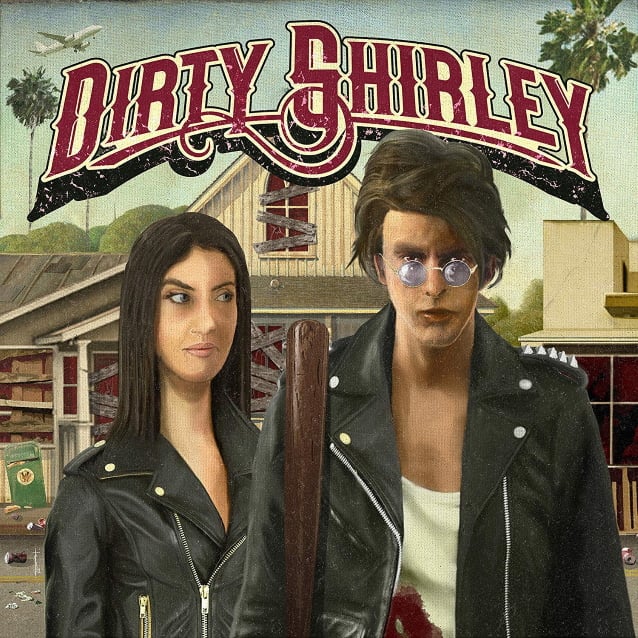