“Carnivore”, the title track of the new album from BODY COUNT, the metal band fronted by hip-hop legend, actor and director Ice-T, can be streamed below. The LP is tentatively due in early 2020 via Century Media.

Back in June 2018, Ice-T told Iain Chambers that BODY COUNT wanted to up the ante with its next album after setting a high standard with its last two studio releases.

According to Ice-T, he decided to call BODY COUNT‘s new album “Carnivore” because “people are getting so soft. It’s okay for me to say, ‘Oh, I’m a vegan,’ or, ‘I’m a vegetarian,'” he explained. “I say I’m carnivorous — I only eat meat. People go, ‘What the fuck?’ I think the person that’s gonna come get you won’t be a vegetarian; it will be [someone] carnivorous.”

“Bloodlust” was recorded with producer Will Putney (MISS MAY I, UPON A BURNING BODY), who also helmed “Manslaughter”. The effort contained BODY COUNT‘s medley of the SLAYER songs “Postmortem” and “Raining Blood”. 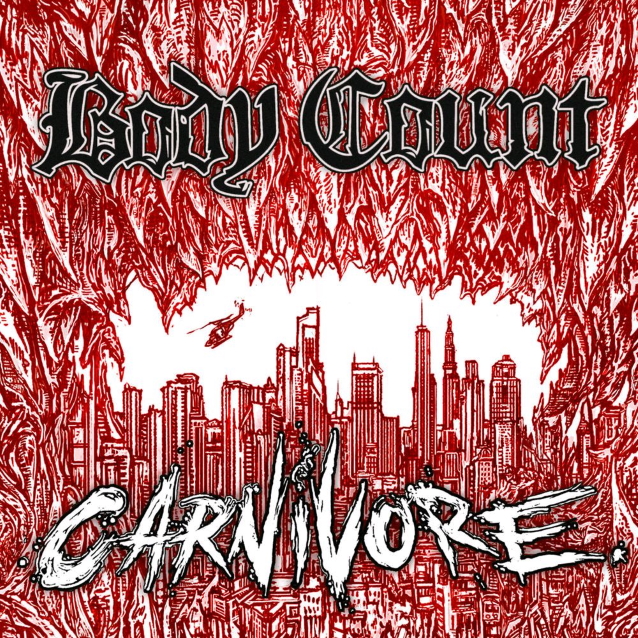