OZZY OSBOURNE Returns To No. 1 On Rock Radio Chart With 'Under The Graveyard'

Ozzy Osbourne has the No. 1 rock song in the country this week as his single “Under The Graveyard” captures the top position on the U.S. Rock Radio chart. This marks his third No. 1 on this chart and his first in 10 years; “Under The Graveyard” is his first new solo music in as many years. It also heralds Ozzy‘s forthcoming album, “Ordinary Man”, due out on Epic Records in early 2020.

Additionally, “Under The Graveyard” has eclipsed 5.4 million streams worldwide and received acclaim from Rolling Stone, NPR, and more. A cinematic music video will be unveiled soon.

“This album was a gift from my higher power — it is proof to me that you should never give up,” Ozzy said. “It all started when Kelly [Osbourne] comes in and says, ‘Do you want to work on a Post Malone song?’ My first thing was, ‘Who the fuck is Post Malone?!’ I went to Andrew‘s [Watt] house and he said we will work really quick. After we finished that song, he said, ‘Would you be interested in starting an album?’ I said ‘that would be fucking great, but now I am thinking I don’t want to be working in a basement studio for six months! And in just a short time, we had the album done. Duff and Chad came in and we would go in and jam during the day and I would go work out the songs in the evenings. I previously had said to Sharon I should be doing an album, but in the back of my mind I was going ‘I haven’t got the fucking strength…’ but Andrew pulled it out of me. I really hope people listen to it and enjoy it, because I put my heart and soul into this album.”

Ozzy has not released an all-new solo effort since 2010’s “Scream”, having spent the last few years touring with BLACK SABBATH in support of that band’s “13” LP, as well as playing a number of solo shows. More recently, Osbourne has been recuperating at home after sustaining a bad neck injury resulting in the postponement of his solo tour.

This past October, Ozzy once again postponed his European tour, marking the second time the BLACK SABBATH singer has done so following a series of health issues.

Ozzy initially scrapped his entire 2019 schedule earlier this year, as he recovered from surgery to repair an injury sustained while dealing with his recent bout of pneumonia. The European leg of his “No More Tours 2” trek was then rescheduled for January through March 2020, with the North American dates set to follow in May 2020. 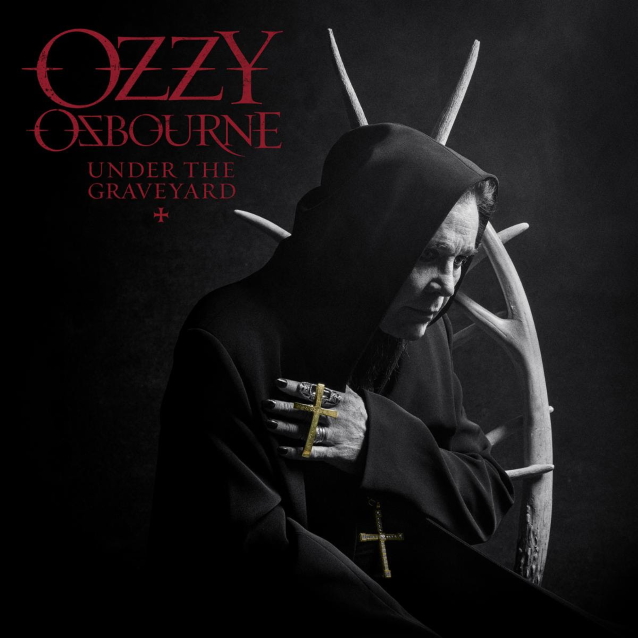