According to the BBC, the organizers of SLIPKNOT concert’s in Glasgow have been blasted for a “ridiculous” ban on certain items of clothing and accessories. Among the articles that were not permitted inside the SSE Hydro arena for the band’s show on Saturday (January 18) in the Scottish city were spiked items of clothing, large belt buckles, large chain wallets, laser pointers, fireworks, candles and whistles.

Donald MacLeod, a Glasgow promoter who owns the Garage and Cathouse rock clubs, told the BBC that the ban is “a joke.”

“We’ve never had issues like this on dress,” he said. “It’s incredible. I must admit I burst out laughing and thought this was a joke.

“What I’ve found running the Cathouse — which is an iconic institution — is we’ve had all manners of dress codes, be it emo, goth, heavy metallers and hip hop. They all have a brand and an identity — nose rings or tattoos – and it’s probably the safest and friendliest club that I’ve had.

“Yes, there have been incidents, but people police themselves and they look after each other. We have put on many shows in the SEC of a similar calibre such as NINE INCH NAILS and nobody was flung out and there were no problems.

“There were more problems at ‘Still Game’ [long-running Scottish sitcom] and there were no high heeled buckled boots there. You get more fighting at a darts match.”

He added: “I can’t see how telling people not to wear big boots is going to prevent fires; it’s ridiculous.”

This past November, SLIPKNOT was forced to cancel its appearance at the first day of the Knotfest Meets Forcefest in Mexico City due to a security issue. According to reports, the stage barricade broke during BEHEMOTH‘s set and it was impossible to fix it in time for the headlining band to perform. 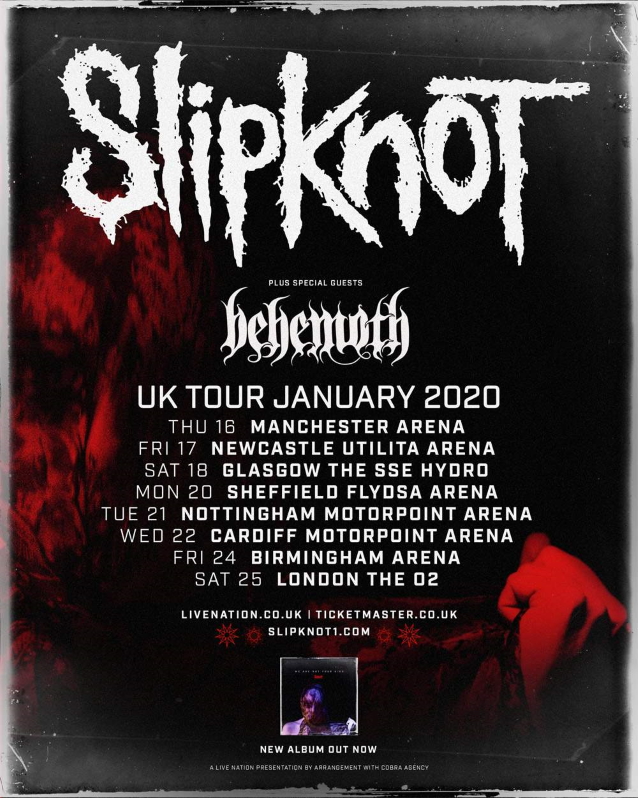