The popular vinyl collectible company Funko — best known for its big-headed Pop! figures — has joined forces with AEROSMITH‘s Steven Tyler and Joe Perry. The legendary Massachusetts rockers’ collaboration with Funko was announced on the company’s web site and is expected to be made available in May.

Other artists who have gotten the Pop! Rocks treatment in the past include KISS, IRON MAIDEN, METALLICA, GUNS N’ ROSES, AC/DC, Ozzy Osbourne, DEF LEPPARD and Rob Zombie. 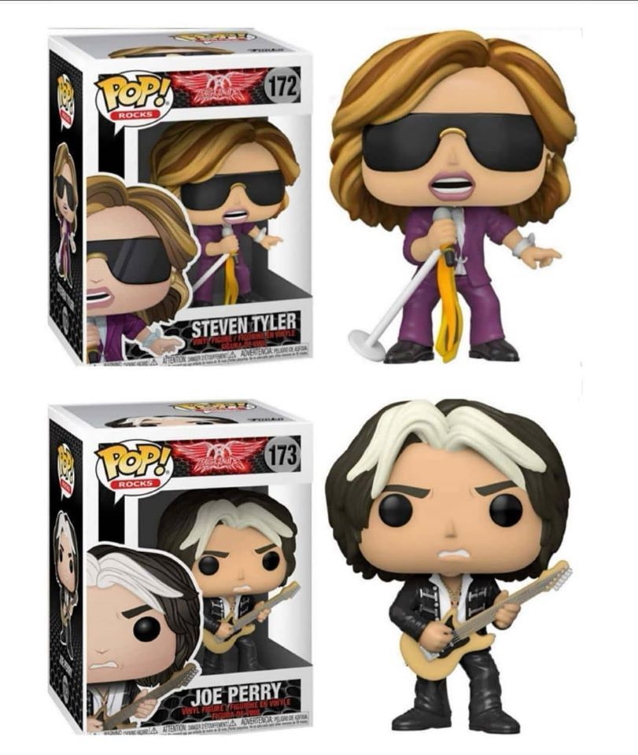