SCORPIONS Postpone Sydney Concert Due to 'Medical Emergency'
{$inline_image}
SCORPIONS have been forced to postpone their concert in Sydney, Australia.

The German hard rock legends, who are in the middle of a tour of Australia with WHITESNAKE, called off Saturday’s (February 22) gig “due to a medical emergency within the SCORPIONS tour party.”

“Live Nation is working on a rescheduled date for next week, with details to follow as soon as possible,” the promoter said in a statement.

SCORPIONS and WHITESNAKE‘s concert in Brisbane this Monday (February 24) is expected to go ahead as planned.

SCORPIONS will enter a studio in Hannover, Germany in late March to begin pre-production on the new album. The LP will be recorded in Los Angeles in May and June, before the band takes over the Las Vegas Strip later in July with its exclusive headlining residency show.

SCORPIONS previously played a Las Vegas mini-residency in May 2016, consisting of five shows at The Joint at the Hard Rock Hotel & Casino. Support on those dates also came from QUEENSRŸCHE. 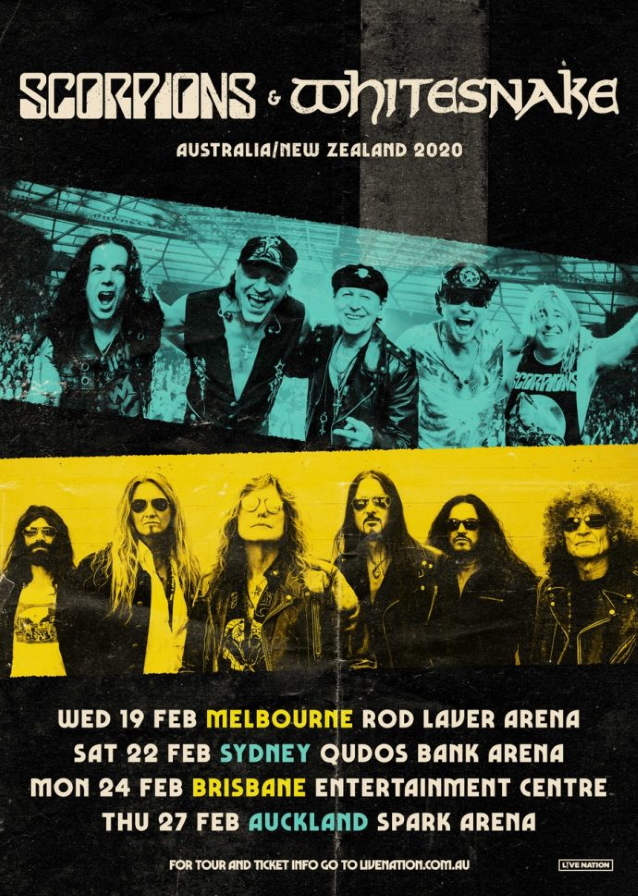