Earlier today, PEARL JAM released a brand-new song, “Quick Escape”, in anticipation of the band’s upcoming album, “Gigaton”, due out Friday, March 27 via Monkeywrench/Republic Records. In addition, the band has launched the “Quick Escape” arcade game where fans can select a member of the band to play an intergalactic Space Invader battle set to PEARL JAM‘s latest release. Check it out at this location.

According to Rolling Stone, “Quick Escape” sees frontman Eddie Vedder narrating a sci-fi story about a devastated planet — “The lengths we had to go to then/To find a place Trump hadn’t fucked up yet” — that ends with humanity taking a bitter one-way flight to start life again on Mars.

PEARL JAM fans can get a taste of the band’s upcoming album, “Gigaton”, by dialing 585-20-PEARL (585-207-3275). By calling the number, fans will hear the following message: “Hello, you’ve reached the PEARL JAM ‘Gigaton’ hotline. Press 1 to leave a message. Press 2 to opt in to receive updates from the band and preview the new album before it’s out on March 27th.”

“I can’t tell you how proud I am about this group of songs, ” explained Jeff Ament. “As you know, we took our time and that benefited us taking more chances.”

“Making this record was a long journey,” said Mike McCready. “It was emotionally dark and confusing at times, but also an exciting and experimental road map to musical redemption. Collaborating with my bandmates on ‘Gigaton’ ultimately gave me greater love, awareness and knowledge of the need for human connection in these times.” 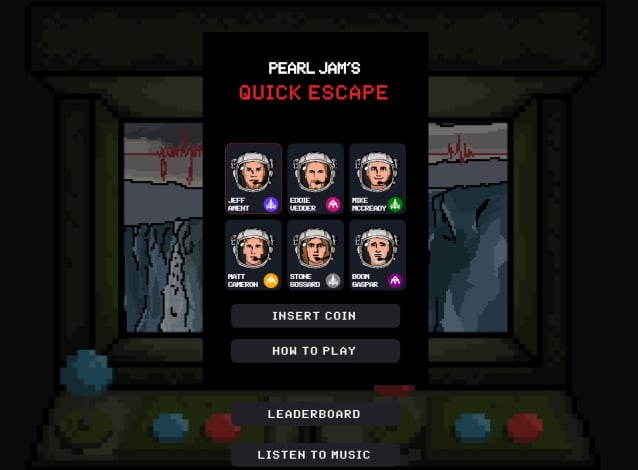