Ex-STATIC-X Guitarist TRIPP EISEN To EDSEL DOPE: 'You Hired DONALD TRUMP's Law Firm To Ensure That You Can Steal My Songs'

During the recording sessions for “Project Regeneration”, STATIC-X claimed in a press release that one of its producers uncovered several additional unreleased and unfinished tracks, many of which contained isolated vocal performances by Wayne Static. Because of this supposed find, the new STATIC-X album now features lead vocals by Wayne on virtually every song.

On Monday (July 13), Eisen — whose real name is Tod Rex Salvador — released a statement disputing STATIC-X‘s explanation for where some of the previously unreleased tracks came from and claiming that the original versions of all of the older songs on “Project Regeneration Vol. 1” are “completely Wayne Static and Tripp Eisen material; none of the current members had anything to do with their creation.” Tripp also took credit for getting Edsel involved with STATIC-X‘s comeback after Eisen and Campos supposedly “reconnected and re-established their friendship” in late 2016.

Eisen, who served time more than a decade ago for meeting and sexually assaulting two underage females in January and February 2005, went on to say that his “past legal troubles were addressed early on and Tony Campos had Tripp‘s back, knowing the details of his case, the exaggerations in the press and judged his friend fairly and without prejudice.” Tripp also claimed that “Edsel shared Tony‘s sentiments about Tripp and knew his good character.”

On Tuesday, Edsel, who is widely believed to be Xer0, the masked frontman of STATIC-X, released a statement in which he called Tripp a “two-time convicted sex offender” and “an egotistical, low-talent idiot” who was fired from DOPE 20 years ago and dismissed from STATIC X more than 15 years ago because he was “a 40-year-old creep who was arrested for having sexual relations with multiple 14-year-old fan girls.” Edsel went on to say that Tripp has “not progressed in the least bit after spending two separate stints in jail” and claimed that Static “hated” Eisen and “had no interest in ever associating” with Tripp again. Edsel added that Tripp has been “begging for people to pay attention” to him and him new band for three years and “attempting to tie” himself to “virtually everything STATIC-X or DOPE does.”

Earlier today, Eisen issued a response to Dope‘s comments, insisting that the two had many heart-to-heart talks in recent years and once again taking credit for getting Dope into STATIC-X. He also provided several photos of him in the studio working on updated STATIC-X songs at a California studio, including one of him and Edsel clowning around during a session.

“Edsel Dope couldn’t refute anything I said. So he resorted to ad hominem attacks on me. It’s actually below him. I know the real Edsel Dope and he’s not a bad person, and he knows me. That’s why this was so egregious, because it’s disingenuous.

“Edsel, you don’t think that I’m deplorable. Yes, we had a feud in 2001, but reconciled in 2004 at Dimebag‘s funeral. That was emotional. Then we reconnected in 2008 and were friends up through to last year.

“You said I haven’t progressed, but you don’t believe this because we’ve had many heart-to-heart talks; you said you admired my ability to stay positive in the face of bad circumstances, even asking me for advice about this. And you’ve told me how you’ve personally progressed over the years. We talked about spirituality and the concept of love. Face it, we were bros.

“You know how sorry I am for what happened 15 years ago, and I’ve apologized to anyone that I hurt and that was personal, not public. I’ve apologized to Tony Campos for example. You’ve apologized to me and those in the past that you’ve hurt or mistreated, too. Remember that? You gave your opinion of the events of my offenses from 15 years ago and you cited details that were partial and inaccurate to how things ended up. You know all of it. I took full responsibility and admitted what I did was wrong. I didn’t target underage girls as I was unaware of the ages of the girls. That is why they were classified statutory offenses. This is not blaming the victim. I do not. I am at fault, and this is me taking full responsibility for doing the wrong thing in relation to the actual events. You know all of this because we’ve discussed it in detail. I paid a price for it and I accepted it and dealt with it like a man. One time you said to me that you can’t imagine what I went through.

“You refer to ICP and Jugalos because there is someone they are focusing on that wasn’t held accountable. I was held accountable. I support the notion of accountablity that they advocate, so I am down the Clowns, too. I advocate for responsibility for all artists and bands regarding this topic!

“I have the courage to put myself out there and create new music; and I know I will be judged. And you did judge me; that’s why you said once that I deserve the chance for redemption and return to music.

“It’s been 15 years and I don’t want this to define me. There are many people that know me and have worked with me throughout recent years; and you’re one of them. I stayed at your house, we ate together, went shopping and worked on songs.

“Listen, I appreciate working with you in DOPE and all that it did for my career. I helped you write one of DOPE‘s most memorable songs ‘Die MF Die’ and I found you your most notable members: Acey Slade, Virus, Preston Nash. We have alot of good memories, too. Also, remember you invited me to join DOPE in 2012-2013 and I have the letters you wrote back then regarding this to prove it. You even offered me to be your financial partner in the band at that time. And, of course, I got you into this new version of STATIC-X. We’re connected, so why not embrace it? Instead you bash me. That’s the thanks I get, bro.

“You have said that I’m trying to attach my name to STATIC-X. I did alot with STATIC-X, wrote the #2 biggest single, ‘The Only’ and now my songs are relevant in 2020. You attached yourself to ME because I was friends with Tony Campos who is the creative heir to STATIC-X. That’s why you’re in this position, wearing a mask. I reconciled with Tony Campos and with Ken Jay, and I would have reconciled with Wayne Static had he survived his drug addiction. You had a discussion with Wayne in 2014 on a short 2-week tour. Did you tell him that you and Tripp were friends now? It was 2014 that you talked to Wayne at a point when he was suffering from addiction and he hated every former member of STATIC-X. So your story means nothing. Wanting credit for my part in STATIC-X and successful songs is not being an antagonist; but I will admit that I am kind of a victim….. of songwriting theft. Not just mine, but Wayne‘s. You guys had no reason to change Wayne‘s music while saying you’re honoring the last pieces of art that he created. That is vandalism. You guys hired Donald Trump‘s law firm to ensure that you can steal my songs. That says a lot.

“I love playing music and I will continue to promote my band and am grateful for whatever level of success it brings. Why put me down? Everyone uses past associations to promote current projects. That is the nature of all in the Entertainment Business.

“I know you know all these events that I chronicled, but maybe other people need to know how you really feel. Why are we even at this point? – it’s about the music, man.” 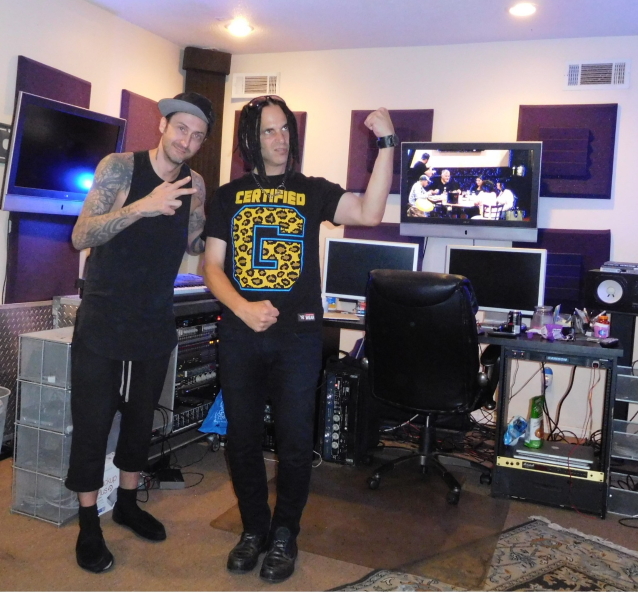 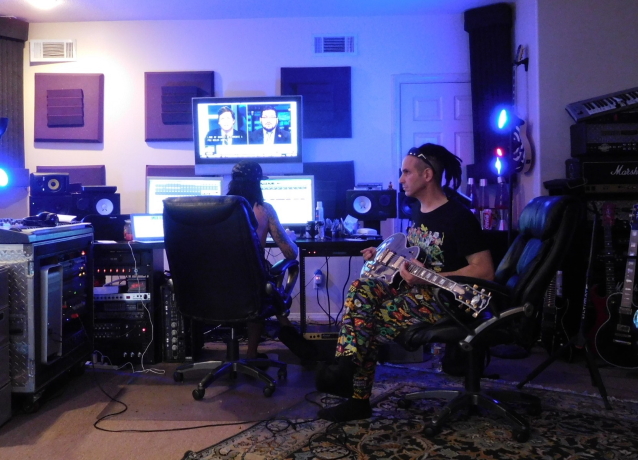 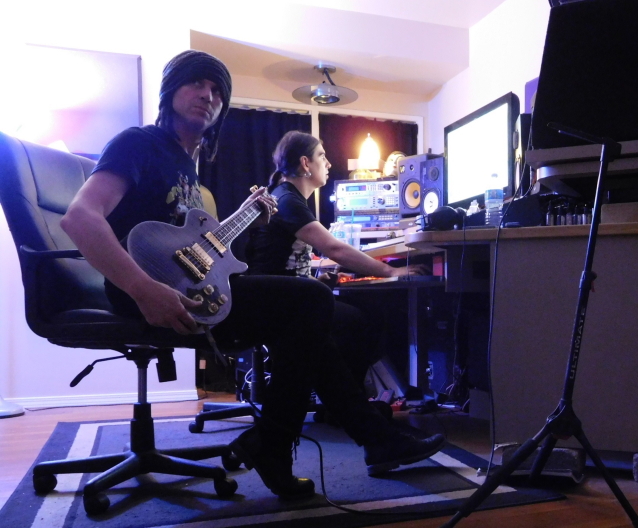