KILL THE LIGHTS Feat. Ex-BULLET FOR MY VALENTINE Drummer: 'The Sinner' Album Due In August

KILL THE LIGHTS, the band featuring former members of BULLET FOR MY VALENTINE, STILL REMAINS and THROW THE FIGHT, will release its debut album, “The Sinner”, on August 21 via Fearless Records.

The official music video for the new track “Through The Night” can be seen below.

“The song very personally hits home for me,” shares singer James Clark. “I have struggled for the longest time with anxiety and depression and ‘Through the Night’ is a snapshot of what is going through the mind of someone struggling with these types of mental health issues. The song takes you on a roller coaster ride and captures the ups and downs of someone carrying the weight of the world on their shoulders, going from happy and energetic one minute to being paralyzed by fear and worry the next.”

Clark continues: “Luckily, I found just enough strength to speak up and get some help. I will be the first person to admit I still find it hard to share feelings and talk about my problems. Sharing my struggles through my lyrics is a form of rehab for me — it allows me to be honest and open while still being able to hide behind the music. I hope that this song truly connects with listeners who feel trapped and alone with these types of feelings and that it empowers them to reach out and get the help they might need.”

As a founding member of Welsh metal titans BULLET FOR MY VALENTINE, Michael “Moose” Thomas lived a rock’n’roll dream that few ever get to see with their own eyes — winning awards, selling millions of albums, touring with his idols, and playing numerous sold-out headline shows, becoming one of the biggest metal exports in U.K. history. After parting ways with the band he formed to focus on his family four years ago, 2020 sees the drummer extraordinaire back where he belongs in international new band KILL THE LIGHTS.

“I’m super grateful and excited to be back. I can’t wait for everyone to hear this,” grins Moose, of the new project completed by Clark (THROW THE FIGHT), guitarists Jordan Whelan (STILL REMAINS) and Travis Montgomery (THREAT SIGNAL).

“When I parted company with the old band, musically I was just sitting around doing fuck-all and realized I had worked too hard and come too far to turn around,” continued Moose. “I thought I’d get in touch with Jordan and sent him a text asking, ‘Got any riffs or what?!’ Before I knew it, he had sent me 30 or 40 songs. I was like, ‘Erm, okay!’ I couldn’t believe it.”

“I’m a hobby songwriter,” explained Jordan, “which means I’m writing every day, whether it’s for a band or not. I’ve known Moose since I was a 19-year-old kid. Funnily enough, his first tour in the States was opening up for my band, then he said we should jump on a tour with them through the U.K. — which ended up being the Kerrang! Tour of 2006. The chemistry was there right off the bat and I knew right away this could be something that takes over the world.”

Frontman James Clark joined after auditioning on a demo of what would become the group’s debut single, “The Faceless”.

“We all want to do something fresh, and for me it was about exploring some of the throwback metal more like [IRON] MAIDEN or [JUDAS] PRIEST that I felt had gotten lost over the years, but in a new way,” said the singer.

KILL THE LIGHTS is: 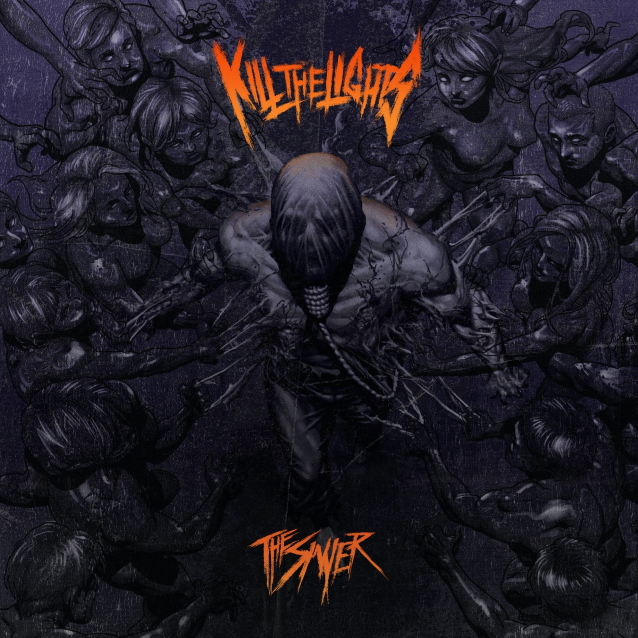 KILL THE LIGHTS Feat. Ex-BULLET FOR MY VALENTINE Drummer: 'The Sinner' Album Due In August
Tagged on: HRRL
tom lats July 30, 2020July 30, 2020 Rock News No Comments