QUEEN: 'The Neal Preston Photographs' Official Book Due In October

Legendary rock photographer Neal Preston joined QUEEN as official tour photographer at a crucial stage of their evolution into one of the greatest rock bands in history. Preston captured QUEEN at their most intimate and ecstatic, never missing a beat, committed to revealing the passion and dedication of the band on and off stage. “Queen: The Neal Preston Photographs” is the official photographic volume documenting the band’s rise to glory. Preston and members of QUEEN, guitarist Brian May and drummer Roger Taylor, have collated over 300 hundred images — many of which have never been seen before — along with Preston‘s personal account, to offer a glimpse into the exhilarating life of QUEEN. The book will be published in October 2020 by Reel Art Press.

Neal Preston joined QUEEN in 1977 after having previously been on tour with LED ZEPPELIN. From the beginning of his time with QUEEN, Preston had the freedom and access to move seamlessly in and around the band, never putting the camera down or a single moment escape his gaze.

With acute observational skill, Preston became familiar with each band member, capturing their personalities and quirks, and very soon became one of their family having been dubbed “Linda Lens” by Freddie Mercury.

“QUEEN taught me something extremely important: good is only good enough, great is only great, but there is always room to excel,” Preston said.

May said: “Neal just has the knack, or the skill to always be in position at the right moments. He became part of the life of the band.”

“Queen: The Neal Preston Photographs” covers some of the most significant QUEEN tours, from “News Of The World” tour in North America 1977 to South America “Bites The Dust” tour and “Gluttons For Punishment” tour in South America in 1981, Live Aid in 1985 and finally “The Magic” tour, Europe, 1986 — Mercury‘s last tour with the band. Each photograph of the band on set is an explosion of movement and intense feeling. Freddie Mercury striding across the stage in a diamond leotard with unparalleled precision or the famous shot of him leaning back as far as he could go at Live Aid; the frenzied expression of Roger Taylor at his drumkit, the cool confidence of Brian May riffing off Mercury and the serious vigor of John Deacon, makes the energy in each shot palpable.

The band’s dynamic on stage makes the images look almost choreographed. For the live concerts, Preston‘s keen eye managed to capture the most iconic poses, with smoke rising hazily through vivid red and green lighting, casting the band, particularly Mercury in his bold costumes, into a smoky luminous aura. He also caught the band members at their most focused, and these profile shots capturing the expression in their faces create a contemplative feel to some of the most powerful stage moments.

“Each tour, from 1977 on, got bigger and bigger,” Preston said. “They had become known for their bombast, and the fans came fully prepared for anything the band dished out.”

Preston found that every angle suited QUEEN. In many ways his photographs of the band live are extensions of the band behind the scenes, carefully and diligently working hard every day and with purpose — soundchecking, rehearsing, interviewing, travelling and revelling at parties.

“They were the hardest workers I’ve ever seen on tour,” Preston said. “Photographically, I couldn’t have asked for more… The productions were full of thunder and lightning and bigger was definitely better. For me it was like being a kid in the ultimate candy store and many of the photographs in this book bear that out.”

One of the most significant historical moments for QUEEN was at Live Aid at Wembley Stadium in 1985; their performance establishing them as the biggest rock bands of the century. Preston was one of the official photographers for Live Aid and was the only photographer allowed on stage when QUEEN performed.

Preston is a celebrated rock photographer who has worked closely with artists such as LED ZEPPELIN, QUEEN, THE WHO, Bruce Springsteen, FLEETWOOD MAC, Michael Jackson and Whitney Houston. At a young age, Preston was already shooting rock shows throughout the New York City area earning assignments from a variety of publications. Over four decades his work has been featured in countless magazines and used on the covers of hundreds of music-related releases.

Preston was an official photographer at Live Aid at Wembley in 1985 and was the official tour photographer for Amnesty International‘s “A Conspiracy Of Hope” in 1988, which included a lineup featuring Bruce Springsteen, Sting and Peter Gabriel.

Preston has had a long association with People magazine and has shot covers of Newsweek, Time and Rolling Stone, and many more. He has photographed six Olympic Games and covered heavyweight boxing, NBA basketball, World Cup soccer, professional figure skating and Major League Baseball. 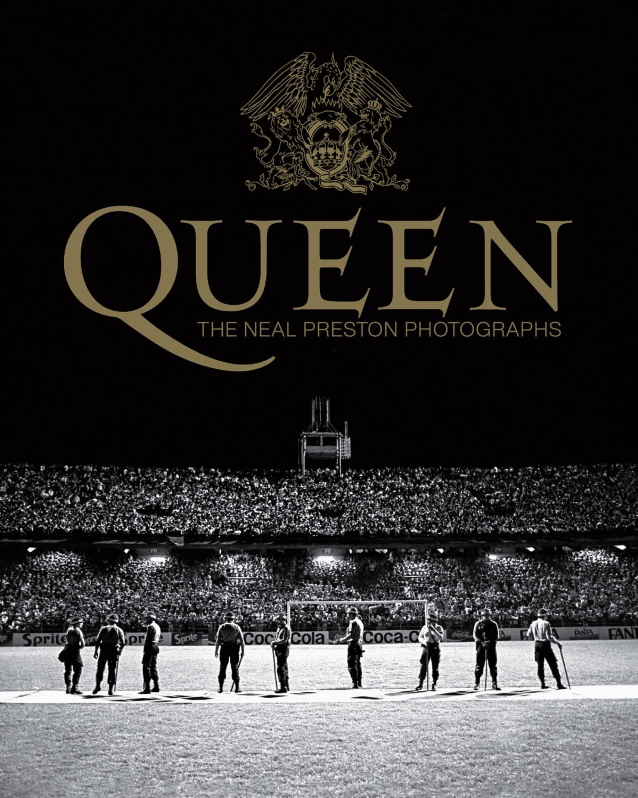