Progressive music titans DREAM THEATER have will release their ninth career live album, “Distant Memories – Live In London”, on November 27. Recorded at their sold-out show at the Apollo Theatre in London, the live release documents the band’s popular world tour in support of their latest critically acclaimed studio album “Distance Over Time” and the 20th anniversary of their seminal concept album “Metropolis Part 2 – Scenes From A Memory”.

Fans can check out the live version of “Fatal Tragedy” from “Distant Memories – Live In London” below.

Says guitarist John Petrucci: “Performing ‘Scenes From A Memory’ live in its entirety 20 years after its initial release was a ton of fun for all of us.

“‘Fatal Tragedy’ is one of the darker, heavier and more exciting songs on ‘Scenes’ and always gets an amazing response from our audience. It’s an important track because, lyrically, it helps to establish the story’s plot details while musically it showcases some of our favorite instrumental moments on the album.”

“Distant Memories – Live In London” is the band’s first since 2014’s “Breaking The Fourth Wall”. The new live release will be available in various configurations including digital only, a 3-CD and 2 DVD multibox, a 3-CD and 2 Blu-Ray digipak with slipcase, a limited deluxe 3-CD + 2 Blu-Ray + 2 DVD Artbook and a limited 4-LP and 3-CD box set. The video components will also feature a behind-the-scenes look at the band as they get ready for the shows. All formats of “Distant Memories – Live In London” are now available for pre-order here.

This past September, Petrucci confirmed to Sonic Perspectives that DREAM THEATER will enter the studio this fall to begin work on the follow-up to last year’s “Distance Over Time” album. Asked if he and his bandmates go into the studio with ideas already mapped out or if they try to come up with stuff on the spot, Petrucci said: “With DREAM THEATER, what we like to do most of the time is have a collective type of writing — we’re all in the same room. And even if guys bring in ideas, it’s more like we sort of play the idea and everybody joins in and we bounce it off of each other, and that’s how the songs are written. So it’s always good to have some of those seeds — some places to go. Whether you use them or not — you don’t have to use them — but they’re good starting points. So, yeah, we’ll always come in with something. And what we’ll usually do, which is really helpful too, is we’ll discuss, prior to those sessions, the type of record we wanna make, which I think is really important.

“We have a long career, and we have a large catalog, and we try to look at each album as being another chapter in our story,” he explained. “So when we approach a new album, we try to do something that’s unique and that might just make things more interesting. Why do people want to keep listening to DREAM THEATER or wanna get the new record if there’s not anything new or different or exciting about it?

“Distance Over Time” marked DREAM THEATER‘s first album for for Sony Music‘s progressive imprint InsideOut Music. The group spent the past 25 years recording under various labels in the Warner Music Group system, most recently Roadrunner Records, which released five albums by the band between 2007 and 2016. 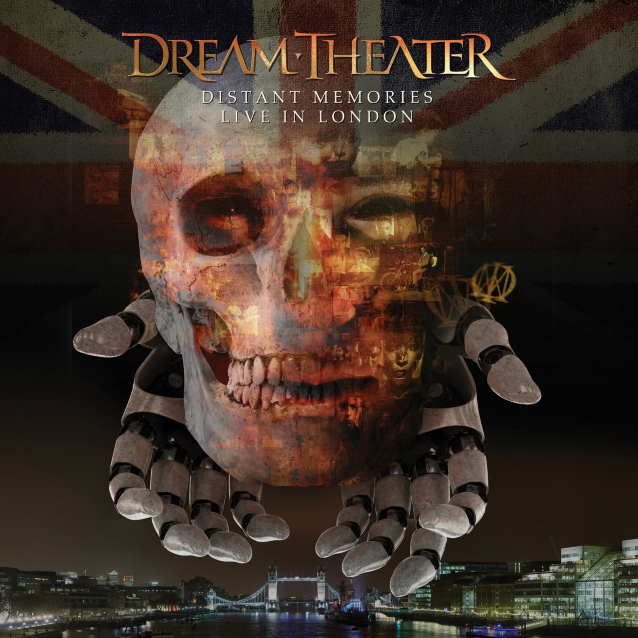