In the fall of 2018, former JOURNEY singer Steve Perry made his long-awaited return with the release of “Traces”, the legendary musician’s first new album in 25 years. The LP’s personal expression of love, inspiration and renewal resonated with both critics and fans around the world, thrilled to have their “voice of a generation” making new music once again.

Now, on “Traces (Alternative Versions & Sketches)”, due December 4, 2020 via Fantasy Records, Perry revisits several of his favorite tracks, stripping away the grand production touches, taking the songs down to their essence. Presented acoustic and raw (including some in sketch form), tracks like “Sun Shines Gray”, “No Erasin'”, “No More Cryin'” and “Most Of All” take on new and richer meaning. In this setting, Steve‘s voice glides out-front vibrant, clear and warm while the lyrics take on greater significance, even more intimate than before.

Produced by Steve and his longtime collaborator and friend Thom Flowers, “Traces (Alternative Versions & Sketches)” offers a fascinating glimpse into Steve‘s creative process and a deeper understanding into an alredy treasured album.

Steve says: “When writing these songs, the original inspiration is always my first compass — where the songs should go. ‘Alternate Versions & Sketches’ is exactly that, and I’m very excited to have you hear the original seeds of these songs.”

The stripped-down version of “I Need You”, taken from “Traces (Alternative Versions & Sketches)”, can be streamed below.

Perry recently told Rolling Stone that he been busy creating new music since the April release of his cover version of the BEACH BOYS classic “In My Room”.

“I have a studio and I’m always writing and always recording stuff,” he said. “I have lots of music, so much stuff.”

Perry‘s first solo album in more than two decades, “Traces”, was released in October 2018 via Fantasy Records (a division of Concord Records/UMG). He credited his late girlfriend, psychologist Kellie Nash, who died more than seven years ago, with helping him want to sing again; she’d made him promise he wouldn’t go back into isolation when she passed.

Last year, Perry told “The Jim Brickman Show” that the response to “Traces” has been “really great. It’s been an interesting experience to release a record in this age that we live in. Meaning, it’s such a different landscape… Now we’re streaming, now we’ve got everything… all this stuff. And so it’s been such an interesting experience to release music into the new landscape of what it all means. We’re streaming, we’re still selling some on iTunes…. Nobody sells records anymore; everybody’s streaming. But I didn’t do this to sell records. If people wanna own it and take it with them, then that’s beautiful. But if you wanna listen to it, that’s also beautiful, ’cause all I wanted to do — and I said this to many of my friends… The reason I make music again was, number one, to keep a promise that I wouldn’t go back into isolation. And number two, I wanted to just see if I was viable as a songwriter, singer, arranger, mixer, producer. I wanted to see if I could even remotely do some sort of creative involvement with all that. And in the beginning, it was challenging, because of the new technologies. But now I’ve embraced the living crap out of all of it. I have a great studio.”

Perry dated Nash for nearly two years before she died in December 2012 after being diagnosed with breast cancer. He mourned for two years, and then began recording again.

Upon its release, “Traces” was met with wide acclaim and tremendous excitement from fans and critics all over the world. The album entered the Billboard 200 Albums chart at No. 6, Perry‘s highest debut as a solo artist and earned the Rock And Roll Hall Of Famer his best-ever chart entries in the U.K., Germany, Canada and Japan.

Perry reunited with JOURNEY for the first time in years as they were inducted into the Rock And Roll Hall Of Fame in April 2017. The iconic singer appeared onstage with his former bandmates as they each gave speeches, but did not perform with the group later in the event. 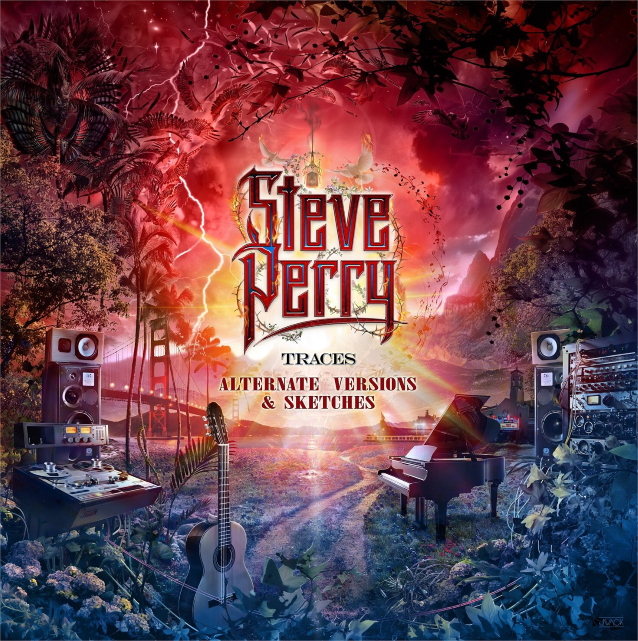