On October 14, 2017, FOZZY became the first rock band to play three shows in three different time zones in one day, in celebration of the release of its latest album, “Judas”. A 30-minute documentary chronicling the experience received its world premiere last month during FOZZY‘s “Capturing Judas” livestream and can now be seen in its entirety below.

FOZZY spent the last few months putting the finishing touches on its new studio album for a 2021 release.

According to FOZZY frontman Chris Jericho, the band’s next LP will contain 12 songs, including one cover.

This past May, Jericho told Australia’s Triple M radio station that FOZZY has “so many great songs” written for the new LP that “it’s gonna be hard to pick the singles.”

Guitarist Rich Ward and producer Johnny Andrews are once again “doing the lion’s share” of the songwriting for the new LP, which is being recorded primarily in Atlanta, Georgia.

Released in August 2019, “Nowhere To Run” was FOZZY‘s third single to hit Top 10 on rock radio, following “Judas” and “Painless”.

In addition to producing “Judas”, Andrews previously co-wrote FOZZY‘s “Lights Go Out” track back in 2014. He has also written songs with the likes of ALL THAT REMAINS, THREE DAYS GRACE and HALESTORM. 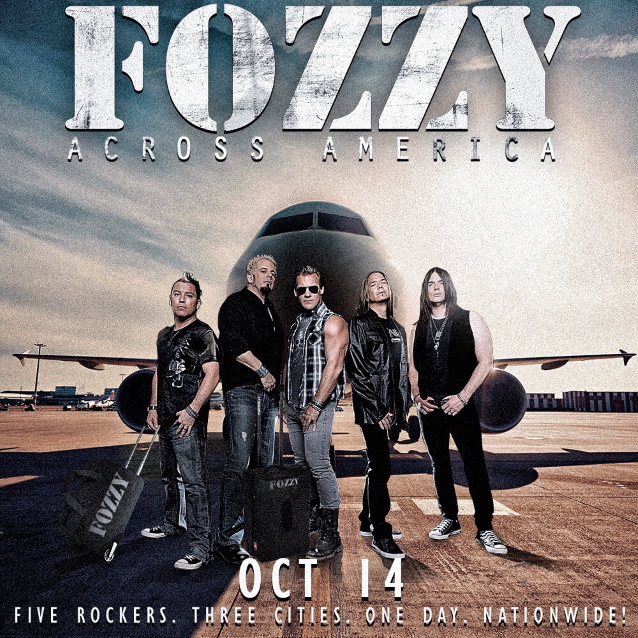