FIRSTBORNE, the band featuring Grammy Award-winning artist Chris Adler and fellow MEGADETH alum James LoMenzo, has just released “Mourning Star”. This song is a continuation of the sound that the band has moved toward since “Save Myself” — a high-intensity mix of thrash, rock and heavy metal punctuated by breakneck technical playing from Adler, LoMenzo and guitarist Myrone.

Commented Adler: “How do you rephrase the standard press response of ‘here’s our new song and it’s the best!!’? Been there done that — as have you. I’ll say this, I’m very proud to be in a band with these guys [James, Myrone, Girish], and ‘Mourning Star’ is a great example of why I feel that way. Working with the guys and Machine on this has been a blast and we are all excited to share it with you today.”

FIRSTBORNE‘s self-titled debut EP came out last year and marked the acclaimed drummer’s first dedicated band release since his departure from MEGADETH and LAMB OF GOD.

FIRSTBORNE features Girish Pradhan on vocals and guitar, Myrone on guitar, LoMenzo on bass, and Adler on drums.

The FIRSTBORNE self-titled EP included five songs and two lyric videos. The EP represented several years of dedicated introspection and refined effort to the idea of a heavy and positive message.

As might be expected, Adler chose his bandmates in this endeavor meticulously.

Not too long ago, Adler shared the stage across the Middle East with LoMenzo in HAIL! Prior to that, LoMenzo and Adler orbited each other for years traveling together on tours crossing the globe. The connect was inevitable.

Adler and Myrone began collaborating in early 2019 after Myrone noticed Adler‘s e-mail address attached to a Bandcamp sales notification email. Adler had been a fan of Myrone‘s talent for years prior and as soon as they connected, it was game on.

A chance meeting in India, almost a second home to Chris after eight visits, was the spark needed to form the international group FIRSTBORNE and for Chris to return to the studio. Adler met and shared the stage with Pradhan during a six-week clinic tour of India in the fall of 2019. After the first show of the clinic tour, Adler immediately called Myrone, noting he’d “struck gold” in their search for a singer for the then-unnamed project.

Pradhan is an established and well-known recording and touring artist in India and resides in Bengaluru. His band GIRISH AND THE CHRONICLES made international headlines earlier this year with their new album “Rock The Highway” and music videos “Rock ‘N Roll Is Here to Stay”, “Identity Crisis” and “Rock The Highway”.

Speaking on his experience creating with FIRSTBORNE, Myrone explains: “Every single part of this experience has been extremely surreal for me. Girish is one of the best metal vocalists on the planet, Chris is one of the most influential drummers of the last 25 years, and JLO can play anything from MEGADETH to John Fogerty to Motown and everything in between. I can’t believe I get to share space on a .wav with them.”

Myrone is a Los Angeles-based producer/guitarist who pioneered the “soft shred” genre. In the last six years, he has released seven albums and two EPs of instrumental guitar music and racked up millions of Spotify streams. In addition to his own recordings, he has collaborated with Rivers Cuomo (WEEZER), SZA, Little Boots, Michael Christmas and Deaton Chris Anthony. Most recently, Myrone was Guitar #1 in the L.A. production of “Rock Of Ages”, the 29th-longest running show in Broadway history.

LoMenzo is a veteran touring/recording musician since his multi-platinum band WHITE LION in the 1980s. Lomenzo is one of the most in-demand rock bass players in the world. His list of credits includes WHITE LION, Zakk Wylde‘s BLACK LABEL SOCIETY/PRIDE & GLORY, MEGADETH, Jerry Cantrell, David Lee Roth, SLASH’S SNAKEPIT, LYNCH MOB, FREHEY’S COMET and more. Recently he’s been the touring/recording bassist for the legendary John Fogerty and can be seen in the live concert film “John Fogerty : My Fifty Year Trip” recorded live at Red Rocks.

LoMenzo had this to say about his collaboration within his new band, FIRSTBORNE: “I first met Chris in 2006 on MEGADETH‘s ‘Gigantour’. I was playing bass with MEGADETH at the time. Watching Chris on that tour, I recall being struck by the creativity, speed and power of his drumming with LAMB OF GOD. In contrast, I found him to be a gentle, thoughtful soul. Years later, I had the opportunity to finally play with Chris, performing in the Middle East with the all-star metal band HAIL! We had a great time. At this time, Chris mentioned he was looking forward to exploring making all kinds of music. I suggested he keep me in mind. Next thing I know I’m being introduced to Myrone through a demo that Chris forwarded to me. I was immediately drawn to the music. Myrone‘s guitar is uniquely untethered to any one style. He’s a brilliant and capable amalgam of classic rock, new and classic metal. Girish on top of all this had me stunned! A soaring, powerful voice that while uniquely his own, conjures images of the greatest singers of metal, blues and classic rock. His voice is a powerful, emotive vehicle to inform through his heartfelt and socially conscious lyrics. To my ear, the combination of all this musical talent is wonderfully unique and perfectly familiar. I’m very proud and excited for music fans to hear this new musical collaboration.”

Adler added: “I’ve been incredibly fortunate in my creative endeavors. From the start, I sought out the best players I could find to work alongside. It’s been an incredible journey that is clearly not over. Some things have changed. This may not be exactly what people expect from me right now, and I’m aware and embrace that. It’s time for something new. I’m have a platform to present something important, true and collaborative. Creating FIRSTBORNE beckons cohesiveness as a mission statement. This is not about being mad all the time, egos or fabricating polarizing drama. ‘This is right’ is now my alarm clock. Girish, Myrone and James have the exact locker room mentality of ‘kill ’em all! but let’s make sure everyone is okay and having a kick-ass time’ that I try and bring to everything I do. FIRSTBONE is the result of all of my experiences, both positive and negative, and I’m proud of what we are doing together.”

Adler is a Grammy-winning American metal drummer from Richmond, Virginia. Chris founded LAMB OF GOD in 1994 and helped usher in what critics have dubbed the “New Wave Of American Heavy Metal.” LAMB OF GOD‘s discography with Chris includes multiple gold records and platinum DVDs as well as five Grammy nominations.

Chris received a Grammy for playing drums on legendary thrash metal band MEGADETH‘s 2016 record “Dystopia”. Chris also toured with MEGADETH in support of the record while juggling and occasionally combining tour dates with LAMB OF GOD.

Chris has collaborated and contributed to records with PROTEST THE HERO, TESTAMENT, THAIKKUDAM BRIDGE, Michael Angelo Batio and Ron Jarzombek. 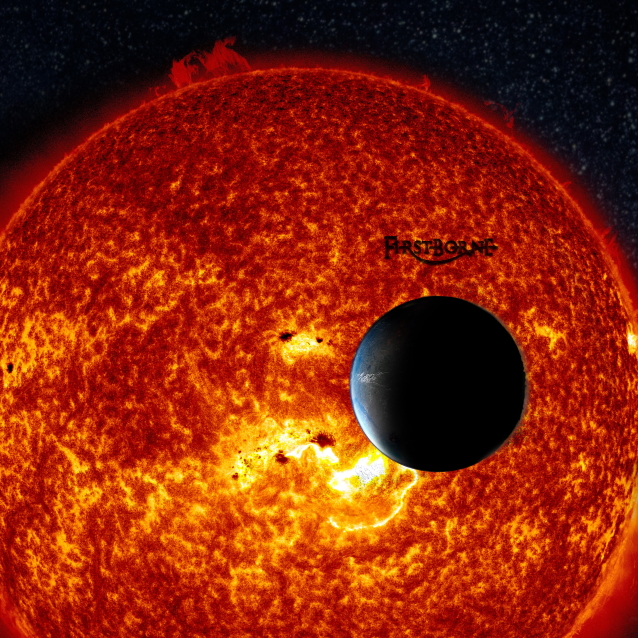