KORN: 'Every Album, Every Song' Book Due in November

A new book delving into every song in KORN‘s extensive back catalogue will be released on November 25 via Sonicbond Publishing.

From Bakersfield, California, KORN launched itself on an unsuspecting world with its eponymous self-titled debut album in 1994, with tracks such as “Blind” and “Clown” laying the early foundations for what would become the “nu metal” movement. In 1998, the quintet’s third album, “Follow The Leader” debuted at No. 1 on the Billboard 200 and subsequently sold over ten million copies worldwide, and in the U.S. it was certified five times platinum. Just over a year later, fourth album “Issues” sold a staggering 575,000 copies in its first week of release and beat Dr. Dre‘s “2001” and Celine Dion‘s “All The Way…A Decade of Song” to the coveted No. 1 spot on Billboard‘s biggest mainstream album chart.

The band has released thirteen studio albums since their 1993 formation, the latest being 2019’s critically acclaimed “The Nothing”. Having sold over 40 million records worldwide, songs such as “Freak On A Leash”, “Got The Life”, “Falling Away From Me” and “Here to Stay” have been firmly etched in heavy metal folklore.

Written by British author Matt Karpe, “Korn: Every Album, Every Song” begins with the band’s “Neidermayer’s Mind” demo from 1993, which was produced by a then-unknown Ross Robinson, and goes all the way up to and including “The Nothing” in 2019. Dissecting the structure of the songs as well as going into detail on the stories behind the lyrics and subject matter, Karpe leaves no stone unturned as he digs deep to cover not only every album track, but also B-sides, standalone singles, unreleased material, and songs which have only ever featured on movie and gaming soundtracks. Also acting as a detailed biography of KORN‘s career and each of the band members, this book is a must have for all KORN fans.

Karpe is a music journalist, and author. Earlier in 2021 he released the book “Nu Metal: A Definitive Guide”, his fourth book overall, which documented the whole movement and featured exclusive interviews with members of bands such as COAL CHAMBER, NONPOINT, SNOT, SPINESHANK, STAIND, TAPROOT, and record producer extraordinaire Ross Robinson. He is based in Cambridgeshire, in the U.K.

“Korn: Every Album, Every Song” will be released in the U.K. on November 25, and then America and the rest of the world on January 28, 2022. You can pre-order the book now via Amazon, as well as through the likes of Barnes & Noble and Walmart (U.S.), plus Waterstones and WH Smith (U.K.). 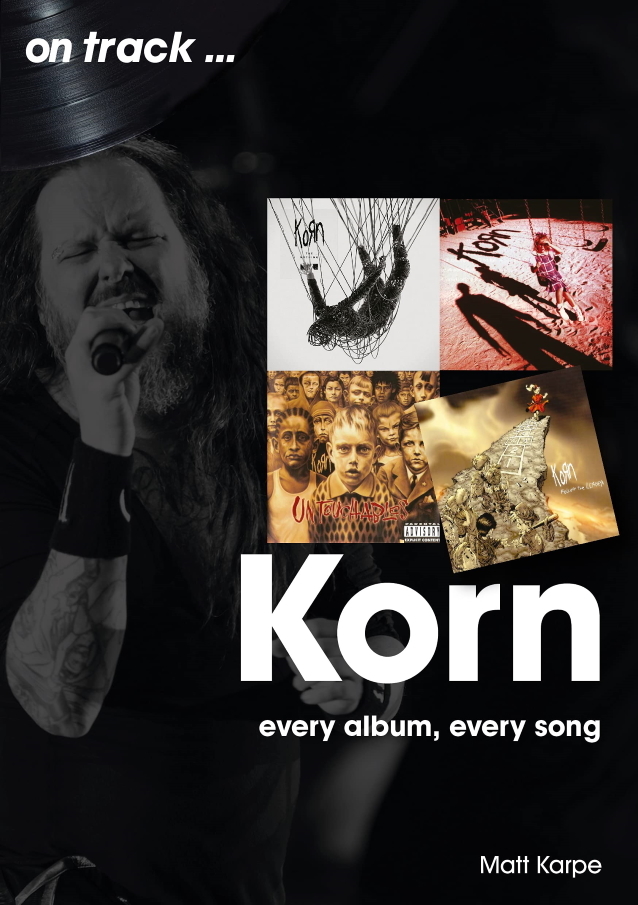