Two-times-Grammy-nominated band CODE ORANGE has returned with a brand-new single, “Out For Blood”. Available today on all streaming platforms, “Out For Blood” is joined by an official music video directed by Max Moore. Check it out below.

CODE ORANGE frontman Jami Morgan stated about the track: “When they go right, we go left. CODE ORANGE is out for blood and we are just gettin’ started.”

Produced by Rob Cavallo (MY CHEMICAL ROMANCE, GREEN DAY), “Out For Blood” follows CODE ORANGE‘s critically lauded 2020 album “Underneath” which earned the band their second Grammy nomination in the category of “Best Metal Performance” for the album’s title track. Released in March 2020 via Roadrunner Records, the LP was produced by Morgan and Nick Raskulinecz with co-producer Will Yip. “Underneath” features the singles “Swallowing The Rabbit Whole”, “Underneath” and “Sulfur Surrounding”. In its wake, the band performed multiple livestream experiences, including “Back Inside The Glass” an all-immersive environmental experience placing CODE ORANGE‘s live show at the center of awe-inspiring virtual landscapes. It marked CODE ORANGE‘s third livestream of 2020, following their empty-venue record-release show “Last Ones Left: In Fear Of The End” and “Under The Skin”, their first-ever stripped down performance, which is available now as a digital album on all streaming platforms. Additionally, CODE ORANGE has continued to reach fans across the globe through its “You And You Alone” livestream series, which features collaborative performances, playthroughs, and in-depth discussions and fan question-and-answer sessions broadcasting regularly on the band’s official Twitch channel.

In 2019, CODE ORANGE made headlines in the professional wrestling world with the release of “Let Me In”, their official entrance theme for WWE superstar “The Fiend” Bray Wyatt. CODE ORANGE previously featured at WWE‘s NXT TakeOver: Brooklyn III performing a rendition of wrestler Aleister Black‘s entrance theme alongside Incendiary‘s Brendan Garrone. “Let Me In” followed CODE ORANGE‘s 2018 release of “The Hurt Will Go On”, a digital EP featuring “3 Knives” and “The Hunt” featuring Corey Taylor, as well as “The Hurt Will Go On” (Shade Remix), an official remix of CODE ORANGE‘s “Hurt Goes On” helmed by the band’s guitarist and vocalist Shade. 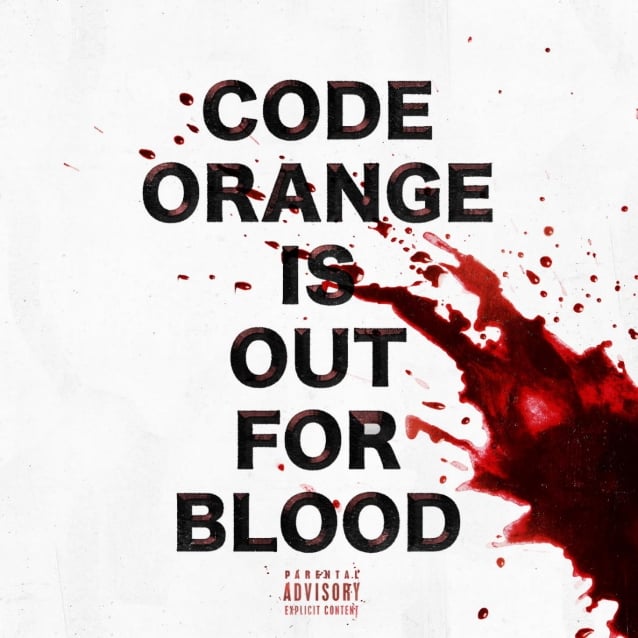