Last night (Friday, November 12), Rock And Roll Hall Of Famer Sammy Hagar kicked off his final weekend of sold-out performances as part of the “Sammy Hagar & Friends” residency at The STRAT Hotel, Casino & SkyPod in Las Vegas, Nevada. Hagar was joined at the show by Grammy winner Rick Springfield as they performed with Hagar‘s band THE WABOS, featuring guitarist Vic Johnson, drummer David Lauser and bassist Mona Gnader. The crowd erupted when Springfield and THE WABOS played Rick‘s iconic hit “Jessie’s Girl”. Fans also rocked out to Hagar‘s songs, including “I’ll Fall In Love Again”, “Your Love Is Driving Me Crazy” and “Mas Tequila”.

The STRAT Theater has a capacity of about 800 people. The theater was designed to capture the beach vibe Hagar‘s synonymous with, including elements of his famed Cabo Wabo Cantina in Cabo San Lucas, home to his epic annual birthday bash.

An additional show is scheduled for tonight (Saturday, November 13) at 9 p.m.

“Sammy & Friends” celebrates Hagar‘s career, spanning four decades, from his solo career, MONTROSE, VAN HALEN, CHICKENFOOT, THE CIRCLE, and surprise additions to the setlist depending on which of his musician friends take the stage with him.

Speaking to the Las Vegas Sun about what fans can expect from the residency concerts, Hagar said: “Nobody is going to hear the same thing twice. One night we’re going to come out and play VAN HALEN for an hour, then start cherry picking. Another night, we might just play MONTROSE, which will be fun because that’s only about 35 minutes of music. I want to do it with a different theme every night and really mix it up.

“The team at The STRAT has been awesome and they’ve really allowed us to come in and do what we want to do,” he added. “That room is great and I looked at every room that was available in Las Vegas. My fans, the Redheads, they come from all over the world, and you want them to be in a place like Vegas where they can have a good time before and after the show. The experience in Vegas is like no other town. If you can’t find something to do here, you’re either broke or in a really bad mood.”

Produced by industry leader SPI Entertainment and Hagar‘s manager, Tom Consolo of TC Management, “Sammy Hagar & Friends” sold out each show in under two hours. New dates will be announced for 2022.

Some more live Sammy Hagar and joined onstage by Rick Springfield for some Jesse’s Girl.Wow.???⭐???

When you’re Sammy Hagar, Rick Springfield comes to join in… 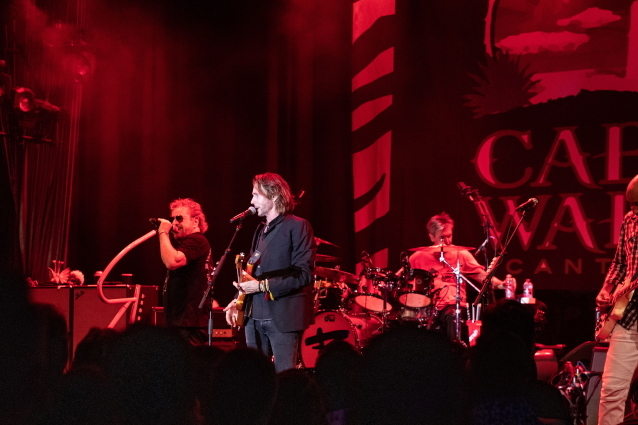 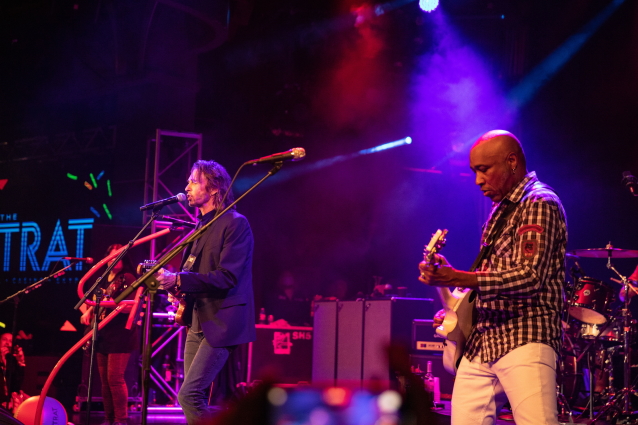