Multi-camera fan-filmed video footage of PHILIP H. ANSELMO AND THE ILLEGALS performing their “A Vulgar Display Of Pantera” set on Saturday, November 13 at Amplified Live in Dallas, Texas can be seen below.

“A Vulgar Display Of Pantera” finds singer Philip Anselmo and his solo group celebrating the legacy of PANTERA with a set featuring select cuts from the iconic metal band’s five classic albums: “Cowboys From Hell”, “Vulgar Display Of Power”, “Far Beyond Driven”, “The Great Southern Trendkill” and “Reinventing The Steel”.

In a recent interview with The News-Herald, Anselmo said that part of the reason for performing PANTERA classics is to honor the band’s guitarist “Dimebag” Darrell Abbott, who was killed in 2004, and drummer Vinnie Paul Abbott, who died in 2018.

“It’s one of those cases where you have to say it is what it is,” Anselmo said. “All of that stuff is terribly sad. It’s (expletive) very tough to wrap my mind around even listening back to PANTERA stuff. The truth of it is, I learned a while back dealing with Dimebag‘s death that I could muck around and stay in the past and wallow, but it’s not healthy. And in turn, when I play these songs, for me it’s all about celebrating the life of Dimebag and Vince. I have to do the best I can for my brothers who have fallen and for all of our fans. I have to do the best I can and look at the bright side.”

Up until his death, Vinnie remained on non-speaking terms with Anselmo, whom the drummer indirectly blamed for the murder of Dimebag, who was his brother.

Vinnie Paul and Dimebag co-founded PANTERA. When PANTERA broke up in 2003, they formed DAMAGEPLAN. On December 8, 2004, while performing with DAMAGEPLAN at the Alrosa Villa in Columbus, Ohio, Dimebag was shot and killed onstage by a troubled schizophrenic who believed that the members of PANTERA were stealing his thoughts.

Vinnie Paul died of dilated cardiomyopathy, an enlarged heart, as well as severe coronary artery disease. His death was the result of chronic weakening of the heart muscle — basically meaning his heart couldn’t pump blood as well as a healthy heart. 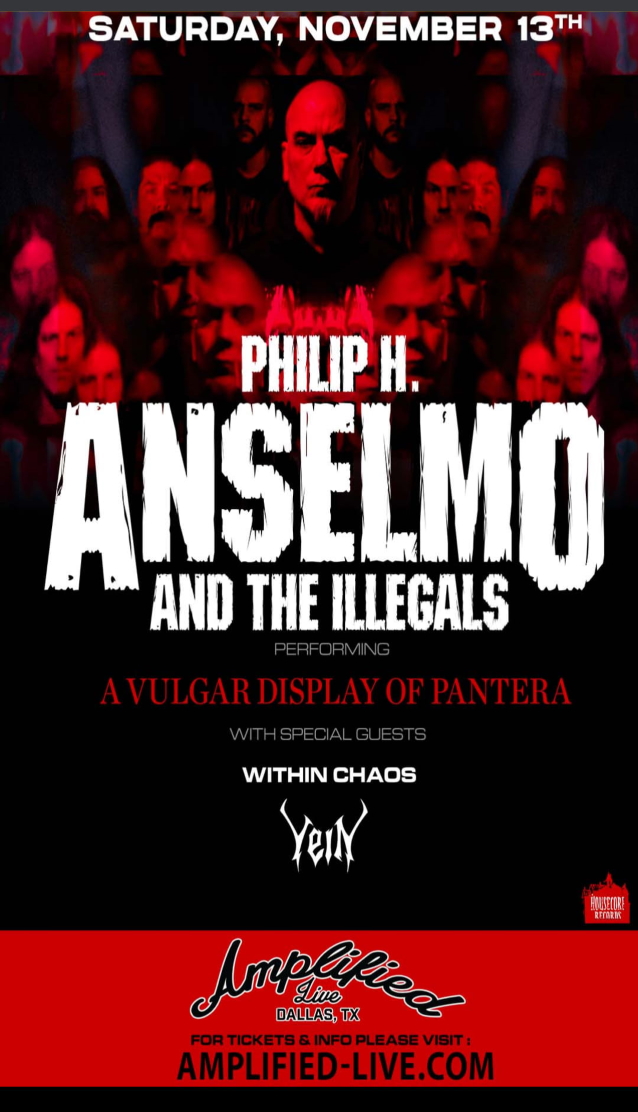