CANNIBAL CORPSE vocalist George “Corpsegrinder” Fisher has released “Acid Vat”, the first single from his upcoming solo album, titled “Corpsegrinder”. Due on February 4, the 10-song effort was co-produced by Nick Bellmore (DEE SNIDER, KINGDOM OF SORROW) and Jamey Jasta (HATEBREED) and will be made available through Jasta‘s new label, Perseverance Music Group.

Corpsegrinder comments: “When Jamey approached me to do this record, I was fired up to get into the studio with Erik Rutan and record the vocals. It’s a mix of death metal, thrash and hardcore, and it sounds heavy as hell!!! I’m really excited about it, and I can’t wait for the world to hear it!!!”

Jasta adds: “Working with George has been a dream come true, he’s one of the best dudes in metal and one of the most brutal voices EVER. He’s outdone himself on this album!”

Throughout the years, Fisher has become a beloved figure in the metal scene and beyond, having one of heavy music’s most brutal voices. In addition to having spent more than a quarter of a century fronting CANNIBAL CORPSE, he has been involved in several side projects, including PATHS OF POSSESSION and SERPENTINE DOMINION. He has also guested on various recordings from such acts as SUFFOCATION and SUICIDE SILENCE.

Earlier this year, Fisher told Kerrang! magazine about how he first became interested in extreme metal: “I went from BLACK SABBATH to [JUDAS] PRIEST and IRON MAIDEN, but when we discovered the heaviest shit, it was SLAYER and VENOM and CELTIC FROST and VOIVOD and POSSESSED — it all hit us at once. We were listening to heavy metal and then they dropped a fucking building on us. One of my earliest memories is my friend Steve playing the MERCYFUL FATE EP, and I’d never heard anything like it. King Diamond is my favorite singer of all time, and when we first heard that EP, it was, ‘What the fuck was that?’ I started getting demos and exploring more underground bands. When the CANNIBAL CORPSE demo came out, I believe I was already in my first band, which was called CORPSEGRINDER. We named the band after a DEATH song.” 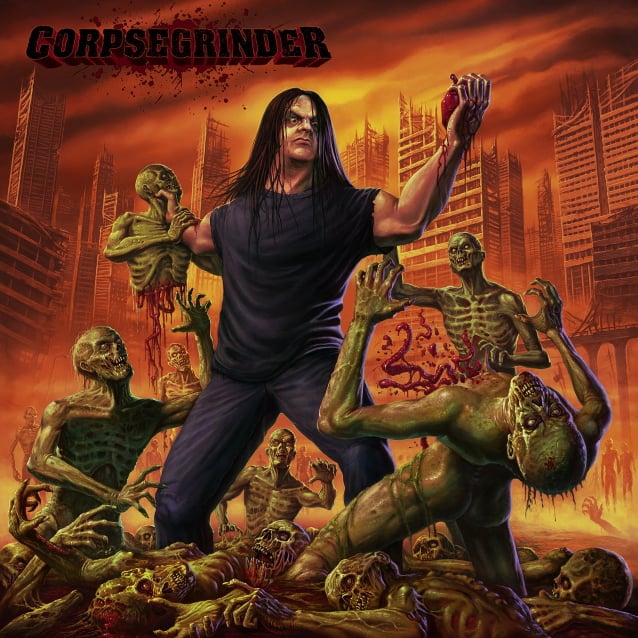