Fan-filmed video footage of BRITISH LION, the side project of IRON MAIDEN bassist and founder Steve Harris, performing on December 4 at the Underworld in London, England can be seen below.

BRITISH LION kicked off its U.K. headlining tour on November 18 in Hornchurch. Support act on the trek was AIRFORCE.

BRITISH LION‘s second album, “The Burning”, came out on January 17, 2020 in digipack CD, double gatefold vinyl and digital download formats via Explorer1 Music (E1). The LP was recorded, engineered and mixed at Barnyard Studios by Tony Newton and produced by Steve Harris.

Asked by the Tampa Bay Times what the itch is that BRITISH LION scratches that he doesn’t get in his job with MAIDEN, Harris said: “I suppose playing small clubs and being close and personal with the audience. I love playing big places as well. I enjoy them all, and I’m very lucky that I can do them all. But also, it’s clubs that I never played with MAIDEN, even in Europe. There’s a famous club called the Milky Way in Amsterdam, which I managed to play with BRITISH LION, but I never did that with MAIDEN. There’s places now that I’m going to be playing on this [U.S.] tour that I’ve never played before. So it’s all new ground. It’s a challenge. It’s nice. I like a challenge.” 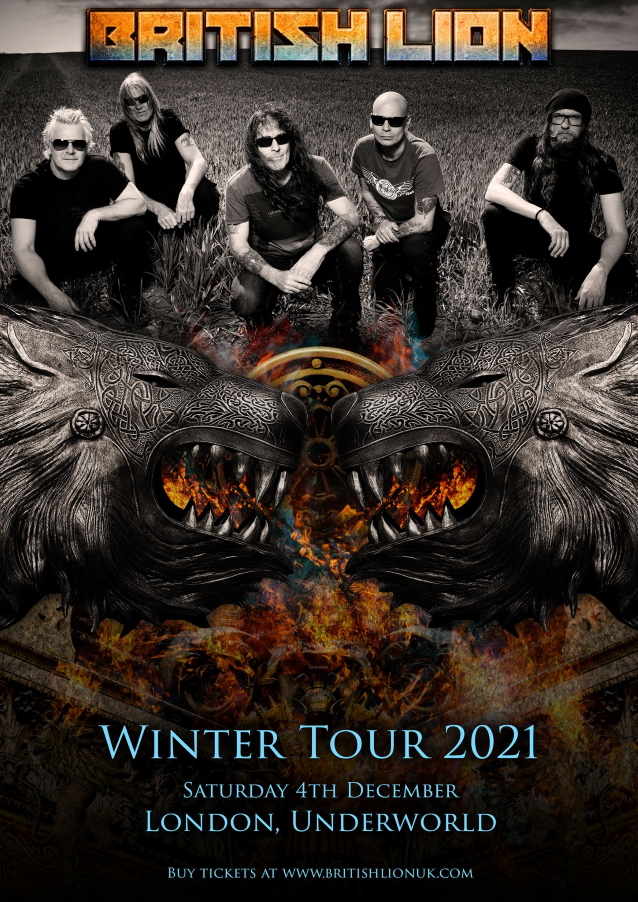