Lewis, an outspoken conservative rocker who reinvented himself as a solo country artist in the last decade, voiced his views on vaccines before performing his new single called “Am I The Only One” during his January 23 concert at Shreveport Municipal Auditorium in Shreveport, Louisiana.

Aaron told the crowd (as transcribed by BLABBERMOUTH.NET): “I can’t sit here while every voice with integrity is silenced while they indoctrinate our children to think that this country’s bad, while they tell us that we need our children up with vaccines that aren’t proven, that aren’t tested, that we need to practice…” When someone in the crowd shouted “safe sex,” Lewis laughed and went on to reference Dr. Anthony Fauci, director of the National Institute of Allergy and Infectious Diseases (NIAID), who has made numerous important discoveries related to HIV/AIDS and is one of the most-cited scientists in the field. “Safe sex. Yes. Of course. Because Dr. Fauci gave us AIDS,” he said.

“Do your homework. Do a little searching. Fauci‘s lied about everything since 1980-fucking-three. He fails at everything he does and gets promoted every time he does it.

“Anyways, all I’m trying to say is that everybody needs to wake the fuck up,” Lewis continued. “This ain’t about left or right; it’s about good and evil. These are biblical times that we’re living, people. I would suggest that if you’ve lost touch or lost faith with the Lord, I would highly suggest that you seek some reattachment. Because the most evil and lecherous people in the world are who are in control right now. Because while we’ve been sleeping, enjoying this amazing, amazing life that we take for fucking granted every goddamn day, they’ve been scheming. They never had the tools to do it throughout history; they do now. It’s in your fucking hand right now. That phone that you’re holding up recording what I’m saying right now, that is how they do it. That’s how they win.

“I love this country very much. I’m very grateful for what this country has afforded me in life. We’re about to lose it, people,” Aaron added. “If we don’t stand up.”

After someone in the audience started chanting “U-S-A”, Lewis said: “It’s not a fucking chant. It’s not a chant. This is real. This is fucking real, people. If we don’t wake the fuck up…

“This country is the only country designed the way that it is designed. We hold the power,” he said. “Not the government. We put them there to honor our wishes because we trust them with our lives. And if you think for one second that any politician, minus a handful — Madison Cawthorn being one; that motherfucker is a badass,” Aaron said, referencing the North Carolina representative who drew the ire of liberals on social media earlier this month after cleaning his gun during a veterans affairs hearing. “Marjorie Taylor Greene,” Lewis added, referencing the Republican Georgia representative whose Twitter account was recently “permanently suspended” for violating the company’s policy against sharing misinformation about COVID-19. “There’s a few.

“I’m high. I’ve been drinking. I can’t remember ’em all,” Aaron continued. “But there’s a few that it’s really not about a power grab; it’s doing what we’re supposed to do with the design that we have of this country.

“What we have forgotten as people is that we have a responsibility to keep this country too. If we just leave it in the hands of the government, then you can expect this country to go fucking headfirst into the toilet. Because they’re not in it for us. These are people that have never held a real job in their fucking lives. They got into politics straight out of college and never fucking had a responsibility in life like you do in this fucking room. And you trust these people.

“Whatever side…. Whatever side… The fucking Republicans are just as disgusting and just as fucking responsible for where we are as the Democrats are,” Aaron added.

“What it is is that we sit back and we allow a government full of lecherous people to make decisions on our behalf, and we can’t allow that anymore.

“I think that’s about as middle down the road as I can fucking get.”

Lewis, who is widely considered to be one of the most politically conservative musicians in rock, made headlines in September when he urged his fans to chant “Fuck Joe Biden” during a STAIND concert in Pennsylvania.

Aaron told the Anchorage Press in a January 2020 interview that he considered the first Donald Trump impeachment by the House Of Representatives as the clearest representation of what’s wrong with America these days.

Lewis was a staunch critic of President Barack Obama, telling a crowd at one of his solo concerts in 2016: “Barack Obama should have been impeached a long fucking time ago. Every fucking decision he makes is against the Constitution, it’s against what’s good for our fucking country, and he is truly the worst fucking president that we have ever had in the history of this fucking country.”

That same year, Lewis told Billboard that he would support Trump in the U.S. presidential race, even though he was “disappointed” by the real estate mogul “with the bickering and the name-calling.” Lewis added that he voted for Senator Ted Cruz, Trump‘s closest competitor in the Republican nomination race, in the Massachusetts primary. 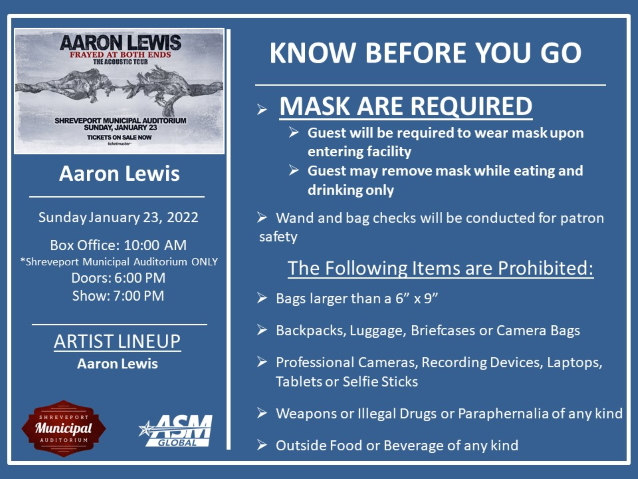