AEROSMITH‘s previously announced European tour, which was originally scheduled to take place in 2021 and was then postponed until 2022, has now been officially canceled.

The legendary rockers announced the decision to scrap the shows in a statement earlier today. They wrote: “It is with deep regret we must announce that our European Tour, scheduled to take place in June and July 2022, has been cancelled. We have continued to monitor the ongoing COVID situation and with the related uncertainty around travel logistics and the continued presence of COVID restrictions and other issues, it has become clear that it will not be possible to go ahead with our summer shows in the region. The health, safety and well being of our fans is our number one priority. We will be back to rock out with everyone and we hope to have some exciting news to announce soon. Your ticket point of purchase will be in touch shortly with further information. Until then, take care and we deeply apologize for any inconvenience.”

Last June, AEROSMITH guitarist Brad Whitford said that he had “doubts” about the band ever being able to perform live again. The 69-year-old guitarist, who has been a member of AEROSMITH since 1971, painted a bleak picture of the band’s future during an appearance on Joe Bonamassa‘s interview series “Live From Nerdville”. He said: “The European tour, they tried to plan one [in 2020], and they’re talking about [2022]. It’s a pipe dream right now. Nothing’s gonna happen for a long time. Sometimes I’m not sure what my partners are thinking when they think that’s gonna happen.”

He continued: “There’s another interesting thing about going to Europe now because of Brexit — it’s so much harder to get work visas because of that. That’s gonna be a whole other nightmare. I mean, I have my doubts about AEROSMITH ever really performing again at this stage, because age is becoming a real factor. And it is what it is.”

Back in 2016, AEROSMITH drummer Joey Kramer admitted in an interview with Rolling Stone that the health issues faced by members of the group — including his heart scare in 2014 and guitarist Joe Perry‘s stage collapse — make it harder for them to perform the way they used to.

“It surprised the shit out of me when it happened,” Kramer said of his own health setback. “I exercise every day, I’m conscientious about my health. I thought it was heartburn or indigestion. We’re not 25-year-olds anymore – we can’t play as many shows as we used to. Steven [Tyler] can’t sing two nights in a row or three to four nights a week — it’s physically impossible. So it becomes a question of going out [on tour] less than we used to, or not doing it at all.”

In February 2020, Kramer rejoined his AEROSMITH bandmates on stage during the group’s “Deuces Are Wild” residency in Las Vegas. A month earlier, he sued the rest of AEROSMITH in a bid to perform with them at two Grammy-related events. But a Massachusetts judge eventually ruled against him and the group played without Kramer.

After Kramer injured his shoulder in 2019, his drum tech filled in for a few gigs during AEROSMITH‘s residency. Kramer did, however, perform with the rest of AEROSMITH in July of that year at the Twin Cities Summer Jam in Shakopee.

In April 2020, AEROSMITH‘s Vegas residency performances scheduled for May and June of that year at the Park Theater were also postponed in the wake of the coronavirus crisis.

AEROSMITH launched its Las Vegas residency in April 2019 and had completed several legs of the “Deuces Are Wild” concert production at Park Theater before the latest postponement.

Tyler is the oldest member of AEROSMITH, having turned 73 last March. 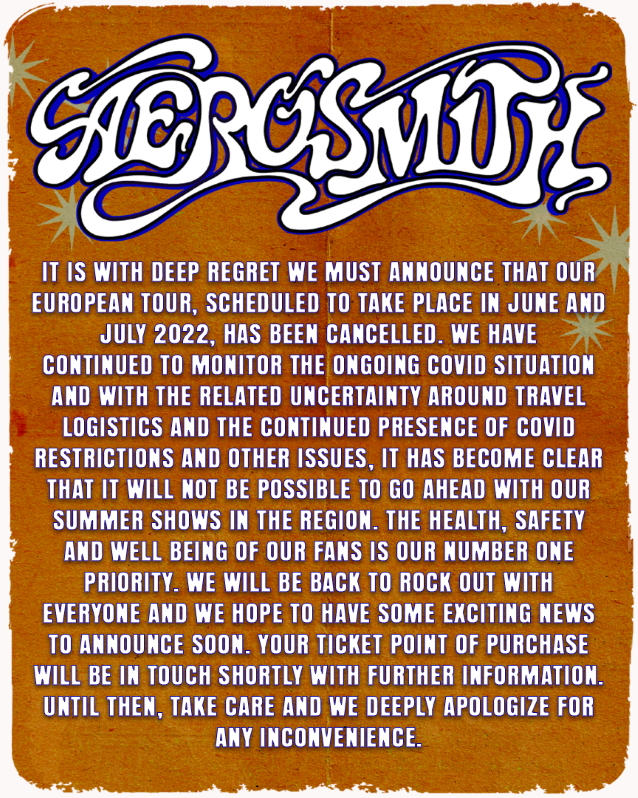 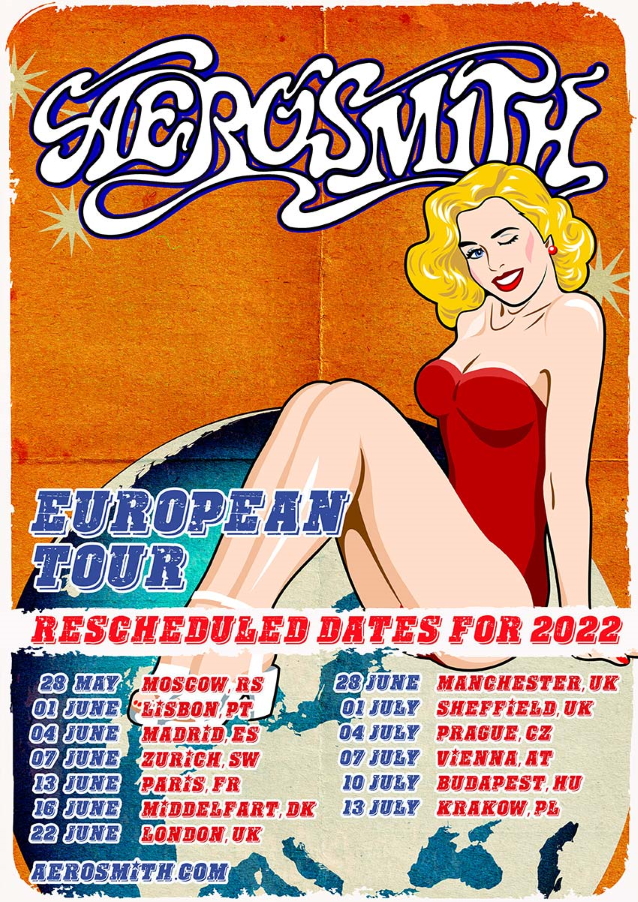